Proton therapy is an advanced treatment option that precisely delivers radiation to the size, shape and depth of your tumor. This approach allows your doctor to radiate the cancer while limiting damage to the surrounding tissue. For this reason, proton therapy is particularly good for treating tumors near healthy organs, including sarcomas.

Request a Call From a Patient Care Coordinator

If you prefer to have a patient care coordinator reach out to you, please take a moment to fill out this form.

Talk to a Proton Expert

“My biggest fear when it came to choosing a treatment plan was either that it wouldn’t work or that it might do damage elsewhere. I am a scientist, I did my research and I decided on Proton Therapy.”
— Jim, Sarcoma Survivor

When is Proton Therapy Appropriate for Treatment of Sarcoma?

Sarcomas are cancers that develop in the body’s connective tissues such as bones, muscles, fat, nerves and cartilage. Sarcomas are extremely rare, making up only 1% of all cancer diagnoses in the United States. Sarcomas are usually divided into bone cancers and soft tissue cancers.

Recurring sarcomas may appear in different locations around the body. Protons can spare healthy tissue surrounding the tumor and minimize the area exposed to radiation. This is especially important if treatment is required several times over a life expectancy of many years.

Treatment that removes or destroys all or part of a cancer; can also be used to remove or stop the function of an organ. For example, removing the ovaries or testicles or taking medicines that cause them to stop making their hormones would be called ablation. Besides surgery and drug treatment, other ways of ablating body tissues and tumors include extreme heat, freezing and chemicals. 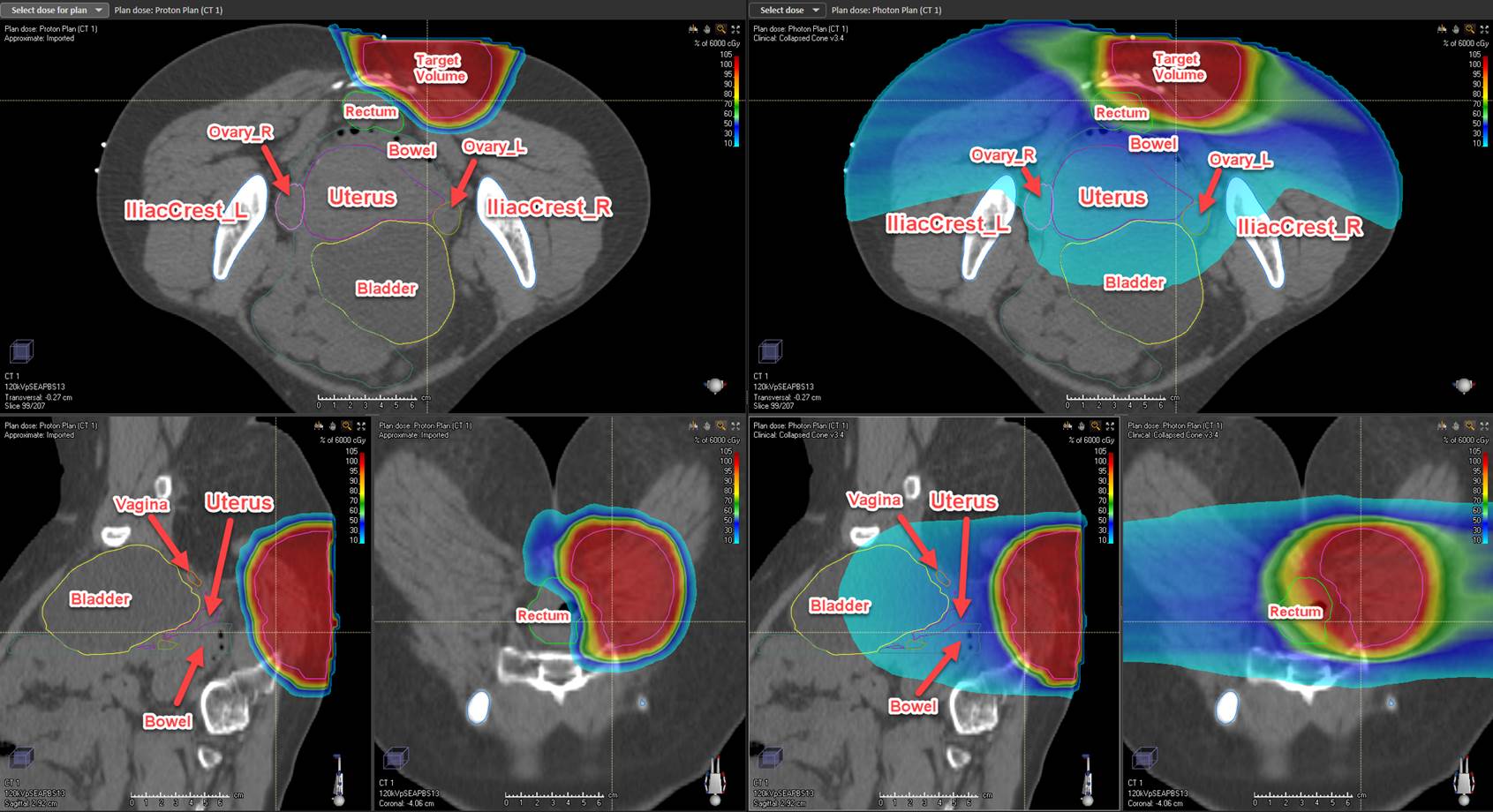 The image above shows a comparison plan between standard radiation (right) and proton therapy (left) for fibrosarcoma of the right gluteal muscle. In this scenario, the reproductive organs are spared from harmful radiation.

Sarcomas That May Be Appropriate for Proton Therapy:

Gastrointestinal Refers to the stomach and intestines. Also called GI.

Meet the caring, dedicated people who take care of you and your family at Fred Hutch.