Questions and Answers About Proton Therapy

All radiation therapies, including protons and X-rays, destroy cancer cells by damaging their DNA. When protons reach the nucleus (or center) of cancer cells, they transfer energy to the cells’ electrons causing a series of interactions, or ionizing events, that damage the DNA. Cancer cells whose DNA is damaged beyond repair can no longer divide—and they ultimately die. These cells are then broken down and eliminated by the body’s natural processes.

Since they are “heavy” particles, why don’t protons do more damage to healthy tissues?

Because they are heavy particles, protons can be easily manipulated—energized to specific velocities. Doctors determine the specific velocities for each patient; this will determine how deeply in the body the protons will deposit their maximum energy and cause the most damage to the targeted tumor cells.

As the protons move through the body, they interact with electrons and release energy, all the while slowing down. The point where the highest energy is pinpointed and released in the tumor is called the “Bragg peak.” Virtually all of the remaining protons are absorbed at this point; the healthy tissues beyond receive minimal radiation. In addition, the relatively large mass of protons means that there is very little side scatter in adjoining healthy tissue.

On their way to the tumor, however, protons do deposit radiation to healthy tissue, although (in contrast with X-rays) in a lower dosage than is received by the targeted tumor cells.

Can proton therapy be used in combination with other cancer treatments?

What are the potential side effects of proton therapy?

The process of receiving proton therapy is sensation-free. During your actual treatment, you will not feel or see the proton beam. Most patients experience few side effects from proton therapy—either during or after treatment. For those who do report side effects, these are typically slight and occur after a number of treatments. Depending on the site of your tumor, possible side effects may include skin irritation in the direct path of the proton radiation, fatigue, and hair loss around the area being treated.

The side effects reported by proton therapy patients are, in general, less severe than the side effects that can result from standard X-ray radiation therapy, primarily because less healthy tissue is exposed to radiation in proton therapy. Most patients tolerate proton radiation treatments extremely well and are able to continue to work, exercise, and follow their daily routine relatively normally during their course of treatment.

Proton therapy is not experimental. It has been used to treat patients since the mid-1950s and was approved in 1988 by the U.S. Food and Drug Administration. Medicare and Medicaid began covering the procedure in 2000. To date, more than 100,000 people have received proton therapy at centers in Europe, Asia, and the United States.

Yes, the medical community continues to conduct research studies on proton therapy. SCCA and other academic medical centers are supporting many ongoing clinical trials to expand our knowledge of the most beneficial applications of proton therapy in treating cancer. For more information on current trials conducted by SCCA doctors, please see Participate in a Study.

Can proton therapy be used for all types of cancers in all patients?

Proton therapy is not the right approach for all types of cancers or all patients. It is most effective in treating solid tumors that are well defined and localized—those that have not spread to other areas of the body. If the tumor has spread (metastasized), proton therapy may still be an option, depending on the extent of the metastasis and other factors.

Can proton therapy be used to treat children with cancer?

Virtually all doctors who specialize in radiation therapy agree that the most promising use of this proton therapy is in treating children. Children are more prone to secondary cancers than adults. The risk of secondary cancers is correlated with the amount of irradiated tissue, and since proton therapy is more efficient in sparing normal tissue, it reduces the likelihood of these follow-on cancers occurring in later years.

Damage to healthy tissues from radiation therapy can also cause growth abnormalities, reductions in IQ, and other complications in children. Thus, the advantages of avoiding standard X-ray therapy are compelling—and studies show that using proton therapy to treat pediatric tumors provides excellent results.

Tumors in children that can benefit most from proton therapy are those of the brain, head, neck, spinal cord, heart, and lungs.

Can proton therapy be used to treat recurrent cancers?

Are X-rays as effective as protons in destroying tumors?

X-rays and protons can be equally effective in destroying cancer tumors. The difference is that X-ray treatments damage more healthy tissue in the process, as their delivery is less precise. X-rays release much of their energy shortly after penetrating the skin, damaging healthy tissue and organs on their way to the tumor and again as they pass through the body beyond the tumor.

Protons can be precisely calibrated and directed to release most of their energy at the site of the tumor. Thus, higher doses of radiation typically can be delivered more safely with proton therapy as they pose much less exposure to healthy tissue.

Do I need advance approval from my insurance provider to receive proton therapy?

How long does the radiation remain in the body after proton therapy?

Proton radiation, once delivered to the tumor site, has a very short life. Once treatment is completed, patients can leave the treatment room without any risk of radiation exposure to others.

How long will my treatment sessions take?

The time spent delivering the protons to the tumor is about one minute. The entire treatment session can range from 15 to 60 minutes as safety and treatment protocols are completed and the treatment bed moves you into position.

How long do the treatments last?

Most patients are scheduled to receive therapy five days a week (excluding weekends and holidays) for a period of four to eight weeks, depending on the type and unique profile of the tumor. 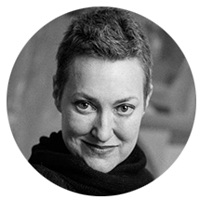