Immunotherapy is a dramatic shift in how we fight cancer. It’s not chemotherapy, radiation or surgery. Instead, it is a therapy that uses the power of your body’s own immune system to find and destroy cancer cells. Seattle Cancer Care Alliance (SCCA) physicians and researchers are leaders in discovering new ways to give your immune system the upper hand against cancer — making immunotherapy the science behind hope.

What is immunotherapy and how does it work?

Immunotherapy is a form of cutting-edge cancer treatment that uses your body’s own disease-fighting immune cells to help your immune system fight cancer. It can be used on its own or along with traditional cancer treatments such as chemotherapy, radiation and surgery.

The two leading forms of immunotherapy, that were evaluated at SCCA in clinical trials, are cellular immunotherapy and immune checkpoint inhibitors.

Cellular immunotherapy involves taking immune cells from your body — sometimes re-engineering them to recognize and help your immune system fight cancer — and infusing them back into your body in large numbers to help fight your cancer.

CAR T-cell therapy is a form of cellular immunotherapy that uses modified T-cells to attack cancer cells. A sample of T-cells is taken from your body and re-engineered in a lab setting to produce chimeric antigen receptors (CARs). When they’re reinfused into your body as CAR T-cells, they’re able to recognize cancer cells and fight them.

The term “immunotherapy” covers a wide variety of treatments that use the natural defensive abilities of the human immune system to fight diseases. The following are frequently asked questions about immunotherapy, how our immune system works and how these things combine to provide better outcomes in cancer treatment.

Our immune system is a complex array of defenses that evolved to protect our bodies from foreign invaders. Infectious organisms such as bacteria, fungi, parasites, and viruses all have specific molecular targets called “antigens,” which are recognized by the immune system.

When your immune system is working properly, it recognizes an antigen, attaches its own disease-fighting cells to it, and by doing so fights the pathogen to make you healthy again.

If you have allergies, you’ve experienced what happens when your immune system mistakes an otherwise harmless substance (like pollen) for a threat. This can also happen with foreign proteins — for example, from improperly matched transfusions or biological medicines.

Antigen A foreign substance, such as bacteria, that causes the body’s immune system to respond by making antibodies. Antibodies defend the body against antigens.
How does cancer fool the immune system?

Cancer is a genetic disease. It occurs when damaged DNA sends out faulty signals along one or more biomolecular pathways, causing tumor cells to grow out of control.

Because the invasion of cancer cells is homegrown rather than foreign, an immune response is often not effectively triggered. In some cases, despite antigens present on growing tumors, the immune response is not strong enough to destroy the cancer. In addition, cancers have developed defenses of their own. For example, some cancers can secrete the precise chemicals that signal our bodies to shut down the immune response.

To further complicate matters, the immune system remains vigilant if we attempt to introduce healthy tissue from another person that is intended to help patients fight their cancer. Treatments such as blood and marrow transplants (also called bone marrow transplants or stem cell transplants) must pay strict attention to tissue compatibility. Otherwise, the body will mount an immune response — in effect, rejecting the cure while protecting the disease.

Bone marrow The soft, spongy material in the center of your bones that produces all your blood cells, such as white blood cells, red blood cells and platelets. Stem cell A cell from which other types of cells develop. For example, blood cells develop from blood-forming stem cells.
Is immunotherapy new?

The journal Science voted immunotherapy the “Breakthrough of the Year” in 2013.

The last decade has seen an explosion in the number, type, and effectiveness of immunotherapies.

There are five primary types of immunotherapy currently in use at SCCA:

In many cases, these therapies are used in combination to attack cancer on multiple fronts.

Immunotherapy is not yet as widely used as surgery, chemotherapy and radiation therapy. However, immunotherapies have been approved to treat people with many types of cancer. To learn about immunotherapies that may be used to treat your cancer, ask your provider and care team.

SCCA has known the promise of immunotherapy ever since our alliance partner Fred Hutch led the way in blood and marrow transplantation — an early form of immunotherapy — in the 1970s. That work continues today with the many clinical trials that we offer.

Many of the world’s immunotherapy experts are based at SCCA. We are leaders in turning scientific discovery into exciting new treatments that are changing the way we fight cancer. Our groundbreaking research is the foundation for many of the FDA-approved immunotherapies used across the country today.

Through our unique alliance with Fred Hutch, Seattle Children’s and UW Medicine, we are able to bring our knowledge from the lab to the bedside, giving SCCA patients faster access to exceptional science.

Patients at SCCA are taken care of by physicians, advanced practice providers and registered nurses who specialize in immunotherapy and are among the best in the nation. Through SCCA, you have access to the latest therapies and treatments. Our team of physicians, advanced practice providers and specialists meets regularly to discuss each patient’s treatment options. 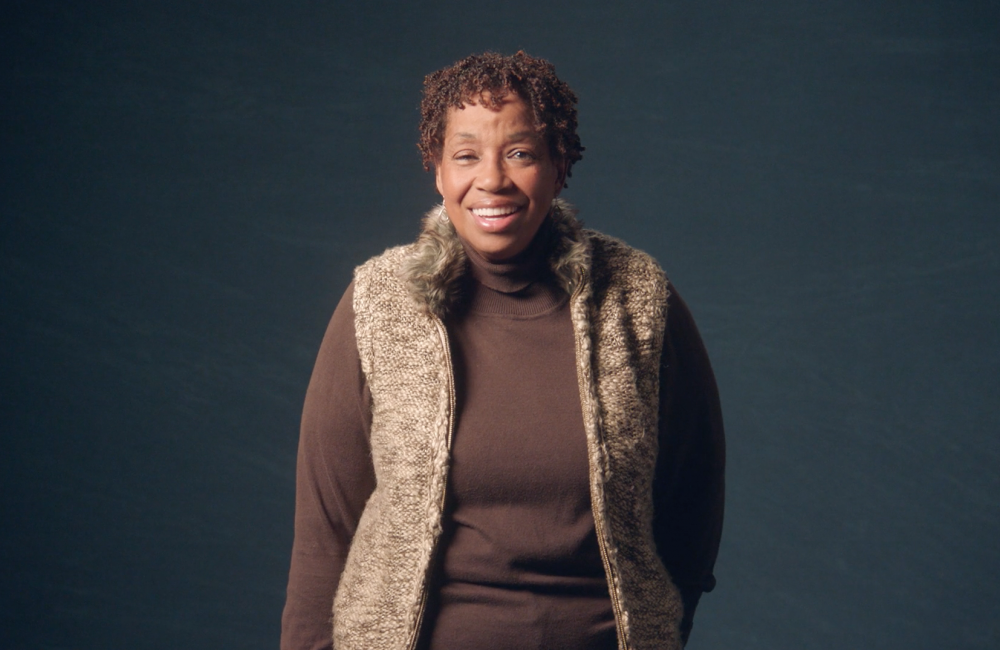 Beverly “Sunshine” Pegues dons her helmet, adjusts her gloves, swings her leg over her saddle and rides into the early dawn sunshine in Seattle. Birdsong punctuates the hushed morning sounds. Her bicycle tires crunch along the sandy road. Riding strong and confident, she picks up speed. She is on the road, training for Obliteride, an annual 25-to-100-mile fundraiser for Fred Hutchinson Cancer Research Center (Fred Hutch). 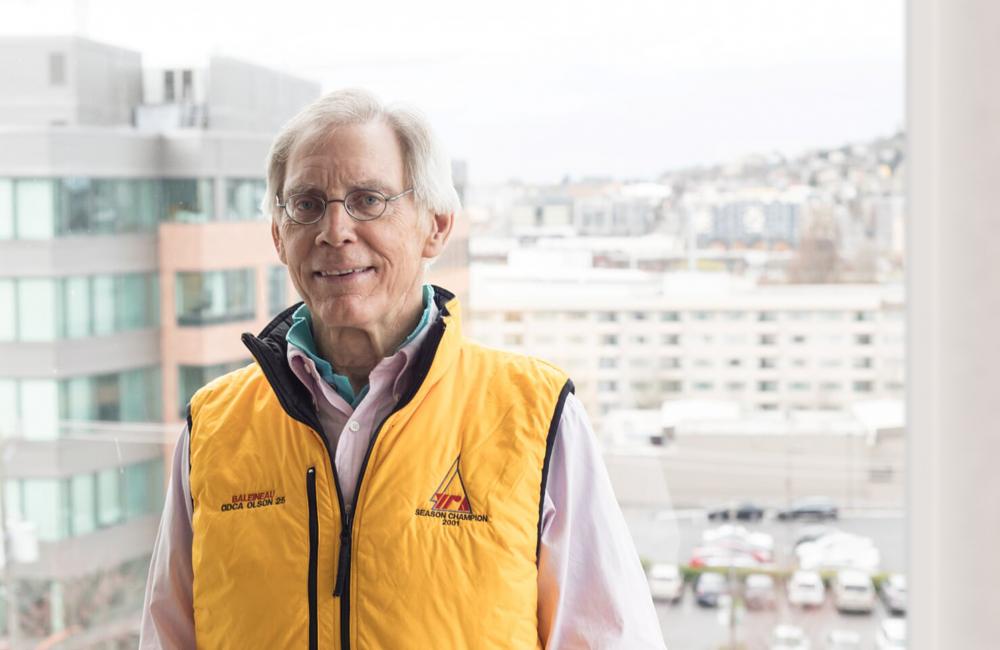 To learn about immunotherapies that may be used to treat your cancer, ask your provider and care team.

At our clinic we have thorough safety measures in place to protect you, your caregivers and our staff. We also understand that sometimes it is not possible to come to an in-person visit. That is why we are pleased to offer telehealth consultations if you are eligible.

We are committed to easing any anxiety around a telehealth visit if this is new for you. Prior to your appointment we will provide detailed instructions to help you familiarize yourself before you meet with your care team. Ask about telehealth when making an appointment to see if it is an option for you.

If you received immunotherapy treatment from SCCA and have questions related to your treatment that your local doctor can’t answer, our Long-Term Follow-Up (LTFU) program is here to help. Our doctors will work with you and your local team to care for you. We will also gather information from you to help us prevent and treat any long-term effects of immunotherapy.

You may contact us at any time by email or phone. Messages are assigned priority according to the urgency and the order in which they are received. In general, most messages receive a response within three business days. Please be aware that the response time depends on the volume and nature of the messages received.

More info
Next Up: Cellular Immunotherapy