Tapped to be a blood stem cell donor, Abbie Hecker finds new meaning in her work as a blood and marrow transplant provider

It might strike some people as strange to ask for time off a week before starting a new job, but Abbie Hecker, newly hired to work on the blood and marrow transplant unit at Fred Hutchinson Cancer Center, felt fairly confident that her new supervisor would understand. 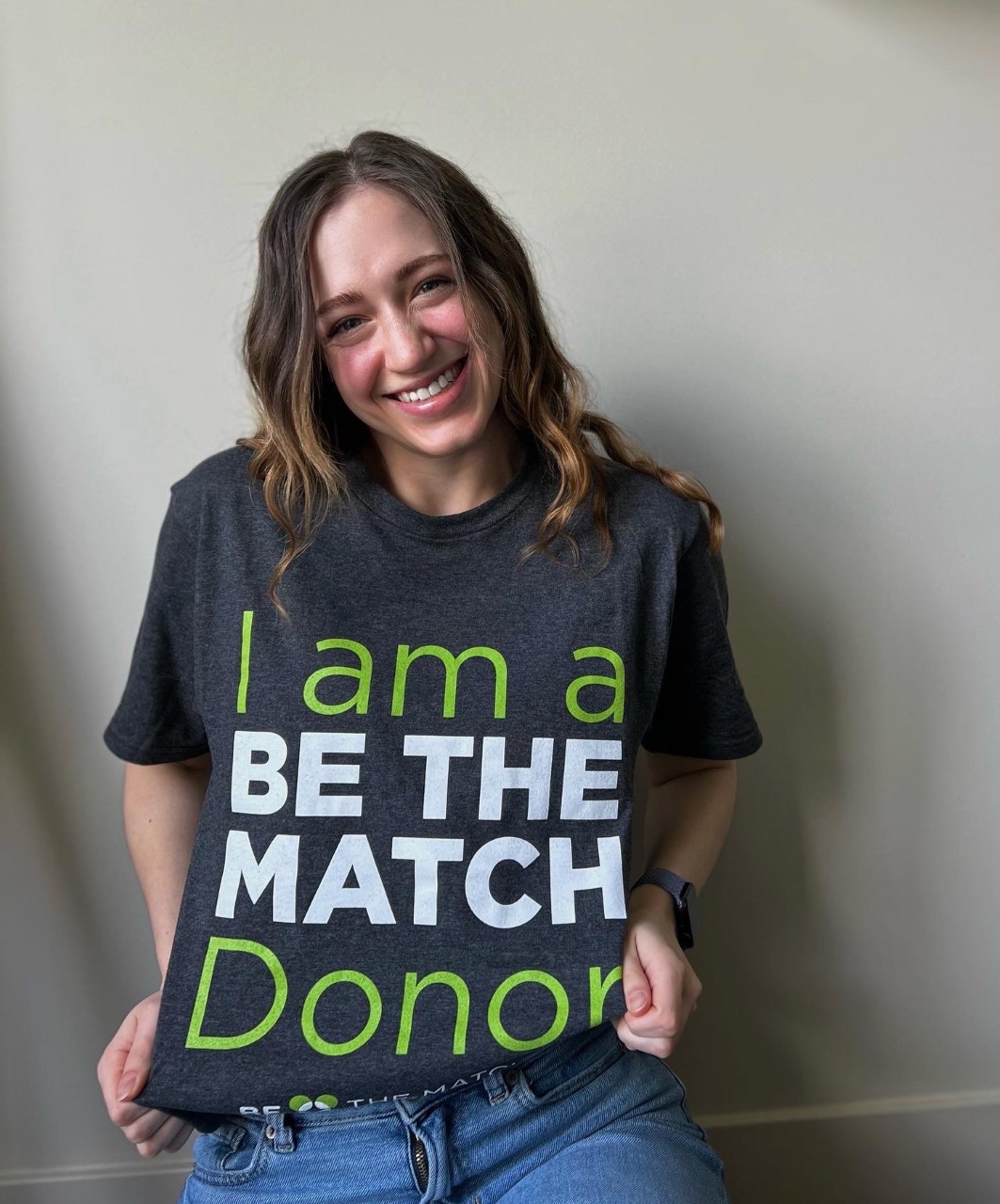 “I have a slightly unusual and ironic request about my first month,” wrote Hecker in an email to her manager, Christine Yennaco.

Hecker, 26, proceeded to explain that she had been on the Be The Match registry for blood stem cell donors for several years, long before she had any idea that she would one day become a physician assistant on a transplant unit.

Shortly before her April 2022 start date, Hecker received an email from Be The Match informing her that she was a match for a teen boy with acute lymphoblastic leukemia. She began the time-intensive process of confirming her eligibility, detailing her medical history and getting bloodwork to assess whether she was the most compatible match available for the recipient.

“They told me I was a match,” says Hecker.

It was then that Hecker reached out to Yennaco, associate director of advanced practice providers on the Fred Hutch bone marrow transplant and immunotherapy service. Yennaco was excited for her new employee. “What an amazing stroke of coincidence that you might be a donor!” she replied via email. “Of course we can make this work for you. In addition to being excellent karma and potentially saving a life, it should also be a very good learning experience for you.”

Hecker joined the Be The Match registry, which operates the most diverse marrow registry in the world, several years ago as an undergraduate at the University of Nebraska-Lincoln. Be the Match was established in the late 1980s as the National Marrow Donor Program, inspired in part by a Fred Hutch scientist, John Hansen, who saw the need for a registry that could identify suitable unrelated donors from every corner of the globe. The first transplant facilitated by the registry took place in 1987.

Five days before donation, Hecker began injections of GCSF, growth colony stimulating factor, to ramp up the amount of blood stem cells in her circulation. Blood stem cells are produced in a person’s bone marrow; GCSF helps churn them out of the bone marrow and into circulating blood.

In a process called peripheral blood collection, Hecker received an IV in one arm to place a tube called a cannula, and a needle in the other. Blood was removed from one arm via the needle and sent to an apheresis machine to pull out the immature cells, then the rest of the blood was returned to Hecker through the cannula in her other arm.

She munched on snacks, played games and watched movies during the four to five hours it took to donate. “Afterward, I was definitely tired, but I felt fine after a day,” says Hecker. “It was an easy recovery.”

Be The Match donors and recipients remain confidential for at least a year after donation, at which point they can choose to reach out to one another. “I know that he received the stem cells,” says Hecker. “That made me feel wonderful. The day you get your stem cells is considered a new birthday for you. Even from afar, I was just happy to celebrate with him.”

Yennaco noted that Hecker continued to work through most of the donation process, taking only minimal time off and getting real-world experience. “She learned by going through this,” says Yennaco. “It was such a coincidence. This is all about what we do.”

After going through the process of becoming a blood stem cell donor, Hecker feels better able to understand and empathize with her patients. “I really get to support them through this incredibly tough time and be there to answer questions,” says Hecker. "If we’re talking about injections, I let them know I've been through it. It’s nice from their side to see someone they’re working with who has also gone through the process. They’re grateful and excited to see that people who have this job are also willing to be the donor if the situation arises.”

After an eventful spring during which Hecker served as a donor, started a new job and got married on Bainbridge Island, she is still processing the gravity of what happened. After her donation, she opted to remain on the Be The Match registry. Should the stem cell stars align in the future, Hecker says, she would “absolutely do it again.”

Curious about the blood stem cell donor experience? Learn more about signing up for the registry and becoming a donor at Be The Match.