After 12 years serving in the military, followed by 20 years running a computer business, Reginald “Reggie” Edge now spends his well-earned retirement on what means the most to him. On a given day, you can find him going on walks with his wife, Renee, spending time and vacationing with his grandchildren, completing woodworking projects around their home and biking around his community in Spanaway, Washington. 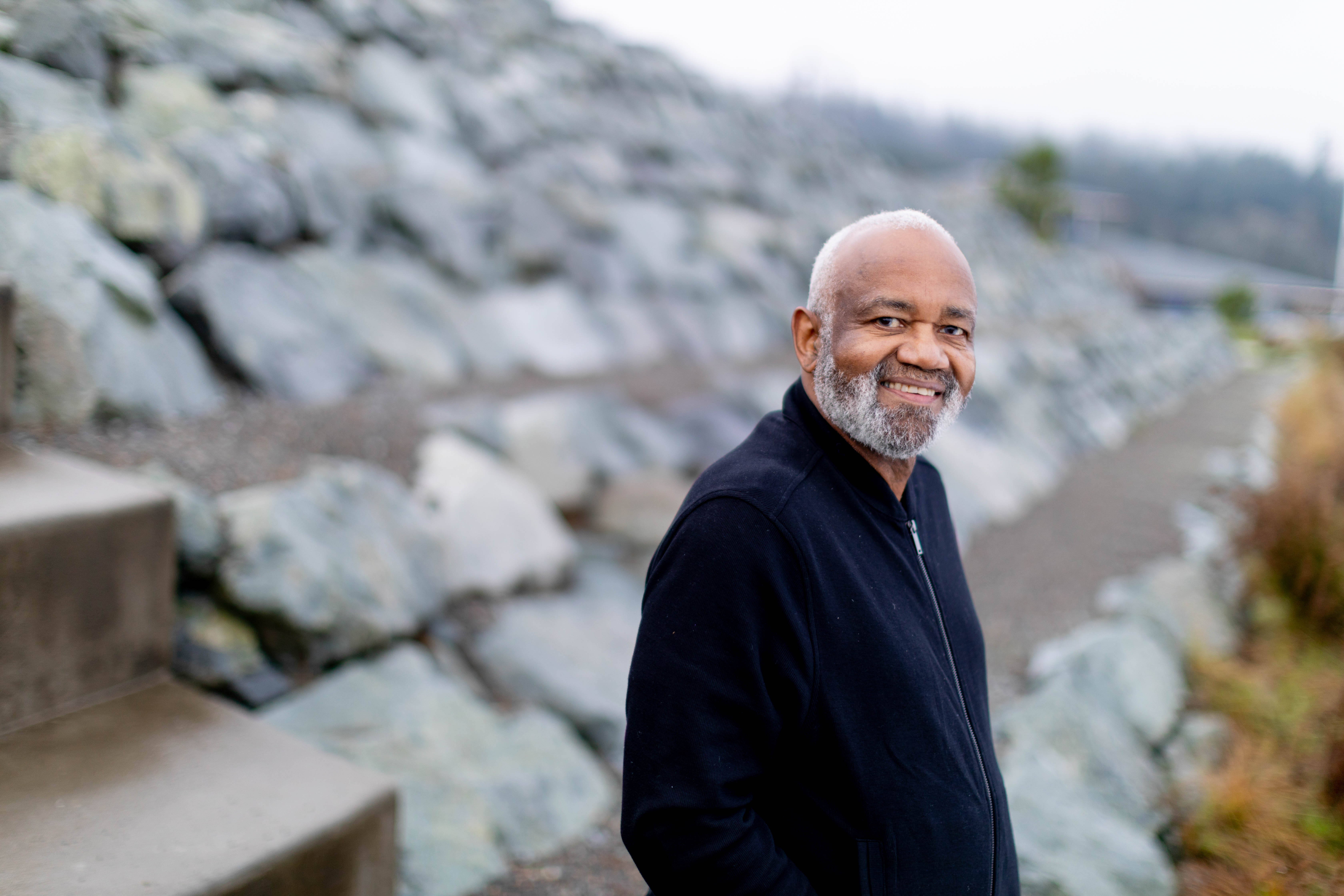 Reggie enjoys staying active, and to maintain his health, he regularly visits his primary care physician for annual checkups. When he started experiencing urination issues in 2019, his provider prescribed medication and ordered a prostate-specific antigen (PSA) test to determine if the problem might be more serious. At first, his PSA levels were slightly high but not too concerning. But in the following months, another test revealed that Reggie’s PSA levels were climbing. His provider recommended that Reggie get a biopsy, which determined that he had prostate cancer.

“When I received the diagnosis, I was initially confused and fearful about what this would mean for my family and me. But I was determined to take charge of my care so that I could get treated and continue to spend time with them,” says Reggie.

As a Black man over 70 years old, Reggie was aware that he’s part of a higher-risk group that is more likely to develop prostate cancer, which is part of the reason he was so diligent about keeping up with his annual screenings. Black men are typically 50 percent more likely to develop prostate cancer, and across all races, 6 out of 10 cases are diagnosed in men older than 65.

With the support of his family and friends, he immediately began looking into treatment options. “Research all of the treatment options available to you, as opposed to taking the first recommendation you receive,” he advises. “It’s critical that you take an active part in your care and that you choose the treatment option that best meets your needs. That's what I did."

Reggie ultimately decided on proton therapy because it usually causes fewer potential side effects than other forms of treatment. While cancer treatment felt daunting, his top priority was staying healthy for his wife of 35 years, his children and his grandchildren.

In 2020, Reggie began his treatment at the SCCA Proton Therapy Center with Dr. Emily Weg. “It was a pleasure to treat Reggie,” she says. “He had a thoughtful approach to his prostate cancer treatment decision and took an active role in optimizing his health and wellness. I have no doubt that this as well as his positive attitude and family support served him very well.”

Reggie's family jumped in to be his support system. He and Renee would drive a little over two hours every day for his treatment. “Renee accompanied me to every treatment. Since we frequently traveled to Seattle, our adult children would help us at home by cooking dinner and assisting with anything around the house we needed,” he says. “It meant a lot to us to have their support.”

Reggie experienced some side effects following treatment, including difficulty walking, which required him to use a cane. To get his strength back, he started an exercise routine. Thanks to his consistent workouts, he no longer uses a cane and is up to biking 10 miles a day. Today, he is happily back to spending time with his wife and grandchildren, vacationing and woodworking. Since finishing treatment, Edge has visited Hawaii and Texas. He recently finished constructing a shed and is already planning his next project.

“Throughout my treatment, I felt warmly cared for by the staff. The experience of finishing my proton therapy almost brought me to tears,” he shares. “As the 3,396th patient at the center, I received a coin and certificate of completion with my patient number. It was the card that had been signed by every staff member that made the moment — and the place — even more special.”

Antigen A foreign substance, such as bacteria, that causes the body’s immune system to respond by making antibodies. Antibodies defend the body against antigens. Biopsy The removal of a sample of tissue or fluid that is examined to see whether cancer is present. This may be done with a large needle or through surgical removal of tissue or fluids. Side effects A problem that occurs when treatment affects healthy tissues or organs. Some side effects of cancer treatment are nausea, vomiting, fatigue, pain, decreased blood cell counts, hair loss and mouth sores. Prostate-specific antigen A protein made by the prostate gland and found in the blood. Prostate-specific antigen blood levels may be higher than normal in men who have certain prostate diseases or conditions.