A smoker until age 65, Bill Eberhart is grateful for routine screening that found his lung cancer early

When Bill Eberhart relocated to Sequim, Wash., from Hawaii, several years ago, he needed to find new doctors. Eberhart made an appointment with a new primary care provider, who asked if he was a smoker. “I used to be,” Eberhart responded, “but I haven’t smoked in over five years.” Still, when the doctor heard that Eberhart, 71, had smoked for more than 40 years before that, he immediately recommended lung cancer screening. 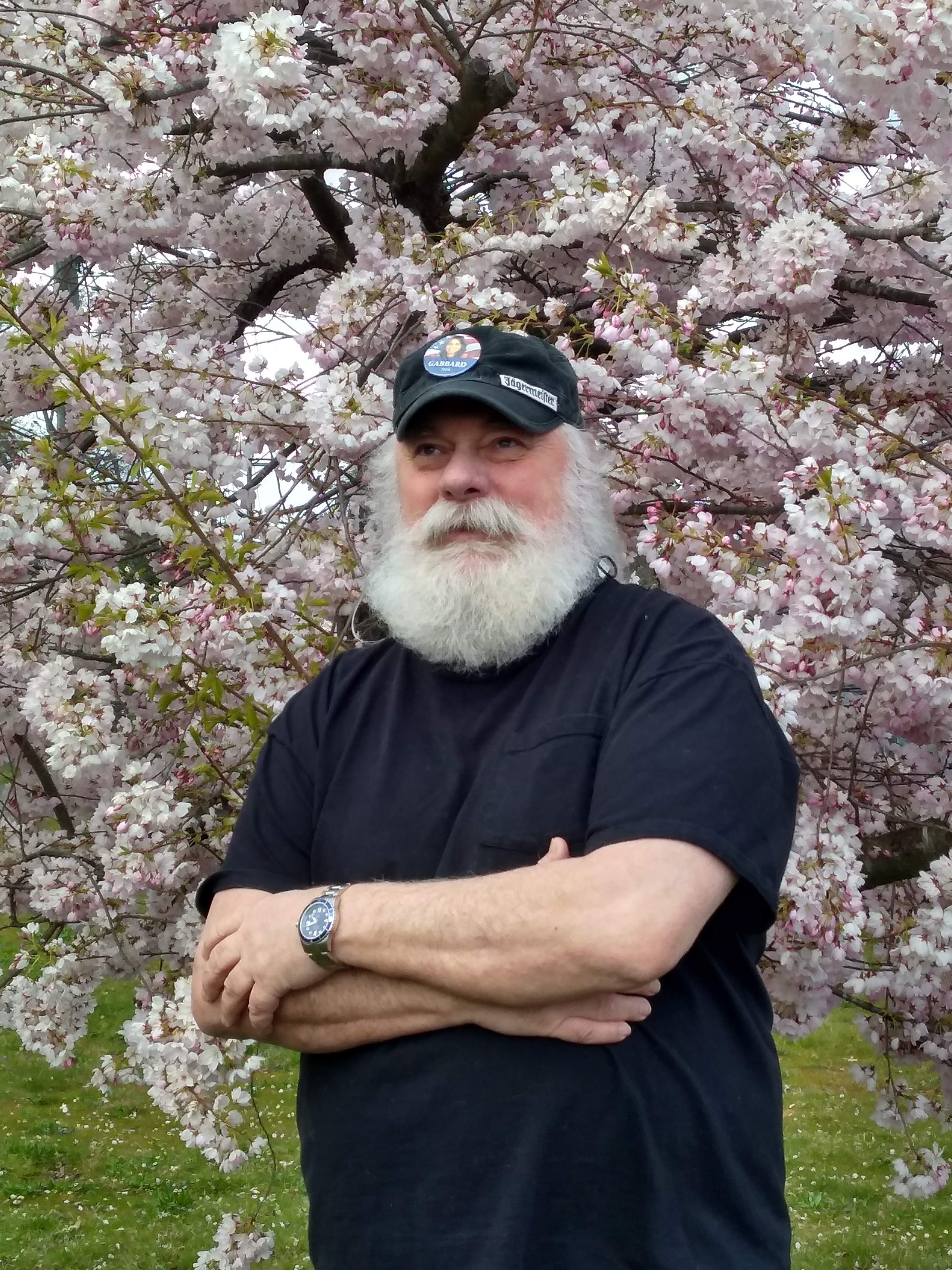 The screening involved a low-dose CT scan to establish a baseline picture of Eberhart’s lungs, followed by annual repeat screenings to see if anything had changed. The initial screening revealed nothing out of the ordinary. But his second scan in 2020 revealed some nodes in the lower lobe of his right lung. Eberhart was referred to Seattle Cancer Care Alliance, where he met with Dr. Douglas Wood and was diagnosed with an invasive lung adenocarcinoma.

In October 2020, Dr. Wood operated on Eberhart; the cancer was caught so early that no additional treatment was required. A year later, there is no sign of disease, which both doctor and patient credit to the lung cancer screening that allowed for early intervention.

“I hope this will inspire people to go ahead and have screening and catch things early,” says Eberhart, who lives in Sequim. “You get a much better result than waiting until you are symptomatic.”

About ten years ago, results from a national lung cancer screening trial showed that screening patients at high risk for lung cancer using low-dose CT scans could decrease death from lung cancer by 20%.

The program’s success rests on the shoulders of primary care doctors. “Someone like Bill highlights how effective a primary care physician can be in identifying patients at risk for lung cancer and encouraging them to get screened,” says Dr. Wood. “Bill’s primary care doctor is a hero."

That’s because early-stage lung cancer has an 80% likelihood of cure when detected early and treated with surgery. But without lung cancer screening, about two-thirds of patients are diagnosed with advanced cancer.

But it is taking time for the message to spread. “Ninety percent of those who should be getting screened are not getting screened,” says Dr. Wood. “It takes a while for primary care providers to get used to the new guidance and for it to be common knowledge like mammograms are for breast cancer detection.”

Current guidance calls for people between the ages of 50 to 80 who have smoked 20 “pack years”—the equivalent of a pack a day for 20 years, or two packs a day for 10 years—to be eligible for screening.

Eberhart certainly met those criteria, but he says he was never offered lung cancer screening in Hawaii, where he found that health care was not as comprehensive as what he has experienced in Washington. “I was not thrilled to move here from Hawaii, but I believe if I was still in Hawaii, I would have developed cancer and it would have gone undetected.”

Eberhart began smoking at age 16 and had tried unsuccessfully to stop many times over the years. “So many members of my family smoked,” he says. “My dad smoked a pipe. My uncles all smoked. You would see Perry Mason smoke on TV.”

His father called it quits in his 60s and lived to his early 90s, and his brother and sister managed to quit too. But Eberhart was unable to follow in their footsteps until he was forced to follow suit. When he was 65, he fell off a 25-foot cliff into a gulch lined with lava rock boulders on the Big Island. Hospitalized more than a month, he had no choice but to quit smoking, cold turkey. “It was the silver lining to my accident,” he says.

Now he tries to persuade his nephews to stop smoking. “I try to tell them what I went through,” he says. “I say not only is it good for your health, but you can take all the money you spend on tobacco and put in a jar, then you can go on a wonderful vacation with the savings.”

Eberhart’s recovery went smoothly, which he attributes to early detection. “I really had no negative effects.,” he says. “The worst part was the car ride home, when I could feel every bump in the road. Dr. Wood and his team did a fabulous job, down to the nurses coaching me through recovery.”

He plans to continue spreading the word about the importance of not smoking. But for those who continue to puff away—and for those who, like him, quit after doing years of damage to their lungs—he is an evangelist for lung cancer screening. “It's not too late,” he says. “Get yourself checked.”

Cancer that forms in the glandular tissue that lines certain internal organs and makes and releases substances in the body, such as mucus, digestive juices or other fluids. Most cancers of the breast, pancreas, lung, prostate, colon, esophagus and stomach are adenocarcinomas. 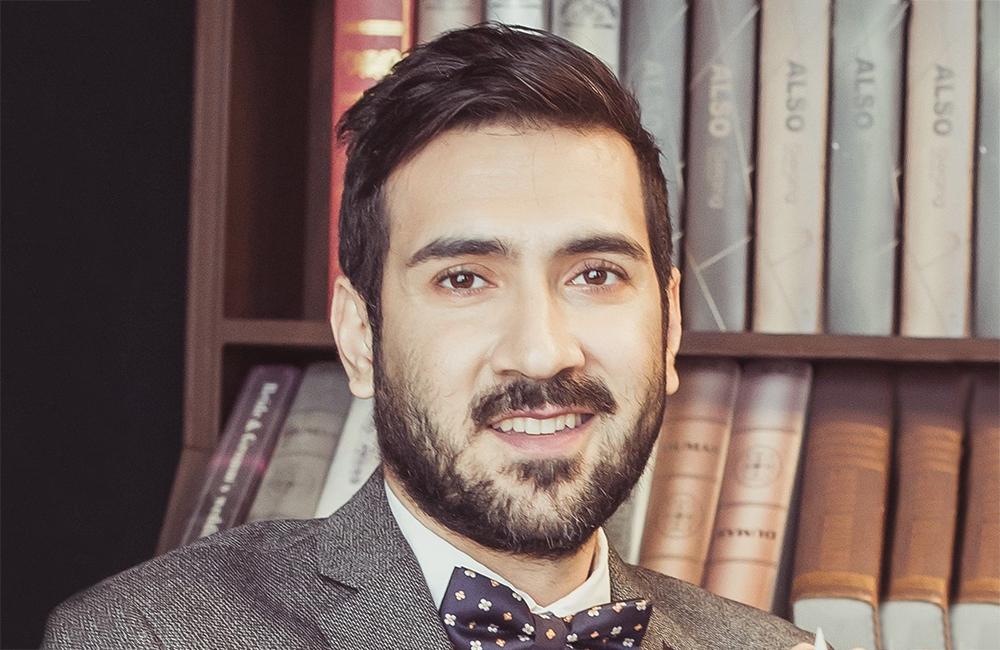 In 2016, Dr. Morhaf Al Achkar was in a unique position. As a primary care physician (PCP) at University of Washington Medicine, he knew he needed to act quickly when he started experiencing ongoing and worsening shortness of breath. An X-ray showed that his lungs were full of fluid, and a pathology report confirmed what he had already started to suspect: lung cancer. Within a month of his diagnosis, he was taking a targeted oral treatment, an option he was eligible for due to the ALK (Anaplastic Lymphoma Kinase) gene found during his initial testing.