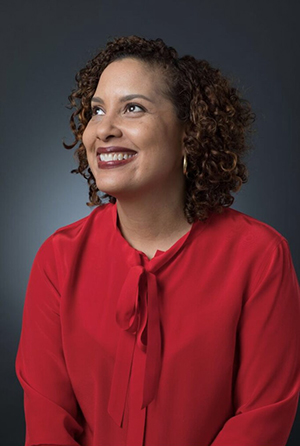 Harris’ experiences with navigating her limited treatment options has transformed her into an advocate encouraging more people of color to join the national bone marrow donor registry. The University of Washington sociology professor is starting by engaging the UW community at an educational event Nov. 5.

"I discovered that finding a non-related full match is difficult if you are a person of color, especially of mixed-race origin,” says Harris.

Diagnosis and the difficulty in finding a bone marrow donor match

Diagnosed with myelodysplastic syndrome (MDS) in May 2016 at age 41, Harris first underwent intensive chemotherapy treatment at the Seattle Cancer Care Alliance (SCCA) inpatient hospital at UW Medical Center. She was told that her only option for a full recovery  would be a bone marrow transplant (BMT).

After Harris learned that her twin brother was not a bone marrow donor match, she and her family put their hope in two donor registry matches. However, both individuals ended up opting out of the procedure. Believing that a mismatch was her only treatment option, Harris met with her transplant physician, Filippo Milano, MD, PhD, with the intention of moving forward with an 8/10  match. Human leukocyte antigen (HLA) typing is a way to tell how closely the tissues of two people match based on a total of 10 HLA types, or biomarkers. An eight out of 10 match is therefore not a complete match.

Rather than settling for a less than optimal match, Dr. Milano introduced Harris to another option with better outcomes: a stem cell transplant from donated umbilical cord blood.

Advocating for a diverse donor registry

Harris underwent a cord blood transplant in September 2016 at SCCA. Two years later, she is in remission, off all immune-suppressant drugs and having minimal problems with graft-versus-host disease – a condition that occurs when donor stem cells attack the recipient’s body. She sees her hematologist oncologist, Mary-Beth Percival, MD, every three months for check-ups and has slowly returned to her normal routine: teaching her 300 students, running regularly and enjoying spending time with her two children.

Her work, however, is not done. Harris is advocating for more people of diverse backgrounds to join the national bone marrow donor registry so that all patients can have equal access to the best treatment options when faced with a blood cancer diagnosis.

“We need people of all backgrounds to become potential matches to help people like me live,” she says.

With the support of her UW community, she has organized a Be the Match Kickoff Event to address the need for multiethnic donors worldwide. UW’s goal is to add more than 2,500 people to the registry over the next year, which would roughly equate to five lives saved. On average, one in 460 registered donors is called on to save a life.

“When it comes to bone marrow donation and other blood products and organ donation, we can make a difference, ”  Harris says.

To learn more about how you can become a bone marrow donor, visit Join.BeTheMatch.org/UW and complete the registration online. A few days later, two cheek swabs will arrive by mail. Simply swab and return them in the postage paid envelope.

If you are an expectant mother interested in donating cord blood, talk to your doctor about whether your medical facility accepts cord blood donations.