Multiple myeloma is a blood, or hematologic, cancer that can affect your bones and kidneys as well as your levels of healthy blood cells.

What is multiple myeloma?

Myeloma, or multiple myeloma, is cancer of a certain type of white blood cell called a plasma cell, which is part of your immune system. Myeloma begins in the bone marrow, where blood cells are made.

What happens in healthy bone marrow?

Normally, when microorganisms (like bacteria or viruses) enter your body, white blood cells called B lymphocytes (B cells) turn into plasma cells. Then these plasma cells make antibodies to destroy the specific microorganism. Antibodies, also called immunoglobulins, are complex proteins.

What happens in myeloma?

In myeloma, plasma cells don’t reproduce normally. Instead, they become cancerous, and they divide and grow out of control.

Typically, bone damage is one of the main effects of myeloma.

Why is it called “multiple” myeloma?

Most people with myeloma have myeloma tumors in several places in their body. That’s why this disease is often called multiple myeloma.

Some people with myeloma have only a single tumor, called plasmacytoma.

A plasmacytoma can form:

People with a single plasmacytoma in a bone often develop multiple myeloma later on.

Doctors can detect various levels of myeloma-related changes in the bone marrow, including small changes that do not amount to cancer. Here are different forms of myeloma or related conditions:

The same symptoms can also be caused by other conditions. See your doctor if you have any symptoms that concern you.

To find out whether you have myeloma, your doctor will do a thorough physical exam and ask about your health history. You will also need:

Your doctor will also determine the stage of your disease, or how far along it is. The stage depends on:

Doctors use the International Staging System to classify your disease as stage I, II or III, with I being the least advanced and III being the most advanced.

Doctors do not know what causes the cellular changes that lead to myeloma. 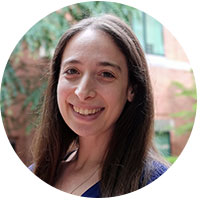 Sarah Kaufmann-Fink had a bone marrow transplant for multiple myeloma. Inspired by her nurses at SCCA, she became a nurse herself. Read her story.