What is lung cancer?

Lung cancer is the result of damage to normal cells in the lung. Cancer that begins somewhere else in the body may spread to the lungs; this is different from lung cancer.

To understand lung cancer, it helps to know more about your lungs and lymph system.

Your lungs are sponge-like organs that work with your ribs, chest muscles and diaphragm muscle to move air in and out of your body, bringing in oxygen when you inhale and getting rid of carbon dioxide when you exhale.

Each lung has sections called lobes.

Around your lungs are lymphatic vessels, small tubes that carry lymph away from your lungs.

There are two main types of lung cancer:

Small cell lung cancer occurs almost exclusively in heavy smokers. It usually starts in the bronchi, grows very quickly and creates large tumors. Most small cell lung cancers spread to sites outside the lung, such as the bones, liver or brain, before they are discovered.

Mesothelioma is an uncommon type of cancer related to the lungs. It arises from the pleura, the tissue that covers your lungs and lines your chest cavity, and is often linked to asbestos exposure.

Lung cancer symptoms may take years to develop, and often there are no symptoms at all until the later stages of the disease.

The early symptoms of lung cancer are often mistaken for less serious problems. Or, in people who smoke, they are thought to be related to tobacco use alone.

Conditions other than cancer may cause these symptoms. If you have any symptoms that concern you or if you are at high risk for developing lung cancer, talk to your doctor.

If you are or were a smoker and suspect you might have or might develop lung cancer, learn more about SCCA's low-dose CT screening program.

SCCA’s Lung Cancer Early Detection & Prevention Clinic is your gateway to getting a diagnosis if you’re suspected of having lung cancer or to reducing your risk if you’re lung cancer–free.

Sometimes lung cancer is detected before symptoms appear through a chest X-ray or other exam ordered for reasons not related to the cancer.

Your doctor may order imaging tests, such as an endobronchial ultrasound, a chest X-ray or a computed tomography (CT) scan to help diagnose lung cancer.

To confirm the diagnosis, you will need a biopsy. This involves taking a sample of tissue and looking at the cells under a microscope. A number of methods can be used.

If a biopsy confirms that cancer is present, your doctor will determine the type of cancer and the stage — how far the cancer has spread within your lungs or to other parts of your body.

Accurate staging is probably the most important part of lung cancer treatment because it helps your doctors choose the most appropriate therapy for you (and can help you avoid ineffective therapy).

How we determine the stage

The SCCA lung cancer team has a methodical and scientific approach to lung cancer staging that allows many patients to have more aggressive therapy with a goal of curing their disease, even when this may not have seemed possible based on initial X-ray evaluations.

X-rays can be misleading, so it is important to verify any X-ray findings that suggest you have more advanced cancer. Your cancer could be less advanced and your treatment options could be different than X-rays suggest.

To determine the stage of your disease:

Non-small cell lung cancer is assigned an overall stage of I, II, III or IV, with stage I being the least advanced and stage IV being the most advanced. The stages may be further subdivided based on more precise features of the cancer.

Small cell lung cancer is staged as limited or extensive.

More than 85 percent of lung cancers are related to tobacco, either by smoking or breathing secondhand smoke, and about half of all continuing smokers will die from a disease caused by smoking.

Get help to quit smoking, and learn about early detection at SCCA, including lung cancer screening for smokers and ex-smokers.

Lung cancer due to smoking

Cigarette smoke contains more than 7,000 chemicals, many of them cancer-causing substances (carcinogens) that damage the cells in the lungs. At first your body may be able to repair the damage caused by the carcinogens, but with repeated exposure, the damage may progress to cancer.

The risk of lung cancer increases with the length of time and number of cigarettes you’ve smoked. Lung cancer occurs most frequently among people over 50 who have smoked for many years.

Heavy smokers are at the highest risk for lung cancer, but former smokers are also at risk. Nearly 60 percent of lung cancers are diagnosed in people who have already stopped smoking.

About 18 percent of people who develop lung cancer are lifetime never-smokers. As with many cancers, the cause is unknown. Secondhand smoke is thought to be responsible for about a quarter of cases of lung cancer in never-smokers.

Other risk factors for lung cancer include:

Tobacco use combined with one of these other risk factors can increase your lung cancer risk exponentially.

How common is lung cancer?

Lung cancer is the most common cancer after skin cancer, and it is the leading cause of cancer death for both men and women in the United States. Each year, more Americans die of lung cancer than of breast, colorectal, ovarian and prostate cancers combined. 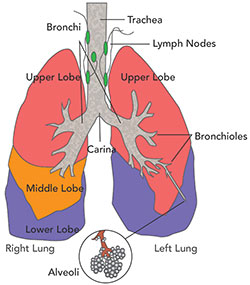 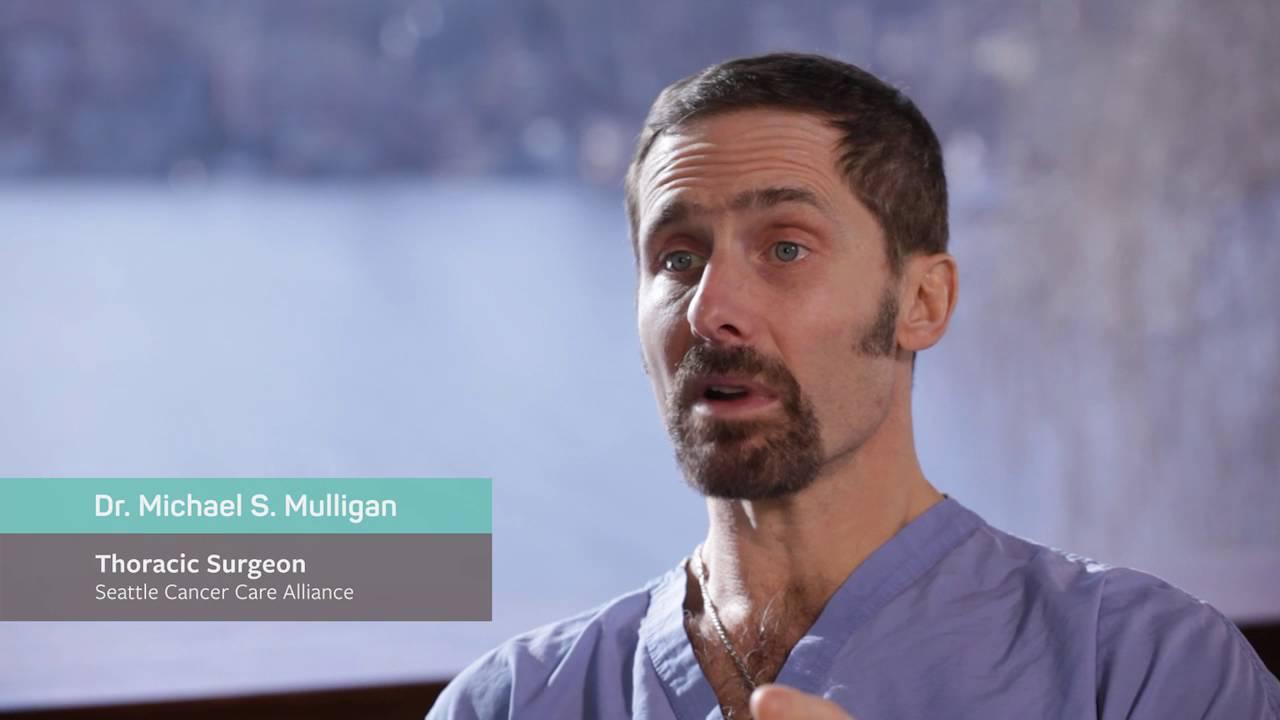 You can benefit from quitting smoking even if you have lung cancer. If you don't have lung cancer, quitting is the best thing you can do to reduce your risk. Lean more or get help to quit through SCCA's Living Tobacco-Free Services.