About 90 percent of kidney cancers are a type called renal cell carcinoma, which usually forms a single tumor in one of the person’s two kidneys.

Seattle Cancer Care Alliance (SCCA) offers comprehensive treatment from a team of experts who specialize in all types kidney cancer.

What is kidney cancer?

Kidney cancer starts in the kidneys, a pair of organs that lie in the back of your abdomen. Each is about the size of a fist. 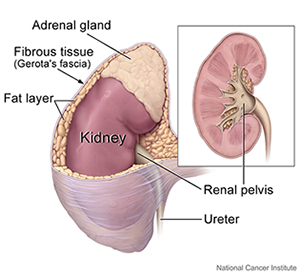 While kidneys are important, you actually need less than one complete kidney to function. Some people who do not have any working kidneys survive with the help of dialysis — using a specially designed machine that filters their blood.

RCC accounts for about 90 percent of kidney cancers. It arises from the lining of the tiny tubules inside your kidney that filter your blood and make urine.

Usually it grows as a single mass within a kidney. Occasionally there are two or more tumors in one kidney or even tumors in both kidneys at the same time.

There are several subtypes of RCC, including:

Transitional cell carcinomas account for five to 10 percent of all kidney cancers. Also known as urothelial carcinoma, this type of cancer does not start in the kidney but in the renal pelvis (where urine goes before it enters the ureter). Learn more in our bladder cancer section.

Renal sarcoma is the most rare kidney cancer and accounts for just one percent of all kidney cancer cases. It is treated like other sarcomas.

Kidney cancers often don’t cause symptoms in the early stages.

When symptoms do occur, they may include:

Conditions other than cancer may cause the same symptoms as kidney cancer. If you have any symptoms that concern you, talk to your doctor.

If your doctor suspects you may have kidney cancer, they will do a physical exam to look for signs of the disease and ask about your symptoms, medical and family history and risk factors.

You might also have any or all of these tests:

Staging is the process of finding out how far cancer has spread within the tissue where it started or to other parts of the body. The treatment that your doctor recommends will be based, in large part, on the stage of your cancer.

There are two types of staging for kidney cancer:

Kidney cancer is assigned an overall stage of I, II, III or IV, with IV being the most advanced.

Risk factors for kidney cancer include:

People with Lynch syndrome may also be at greater risk.

How common is kidney cancer?

Kidney cancer is among the 10 most common cancers in both men and women. Each year about 65,000 people in the United States are diagnosed with the disease. 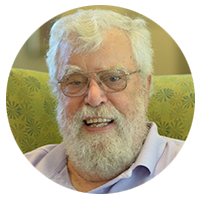 Richard Catlett was diagnosed in 2007 with stage IV kidney cancer. Read his story.