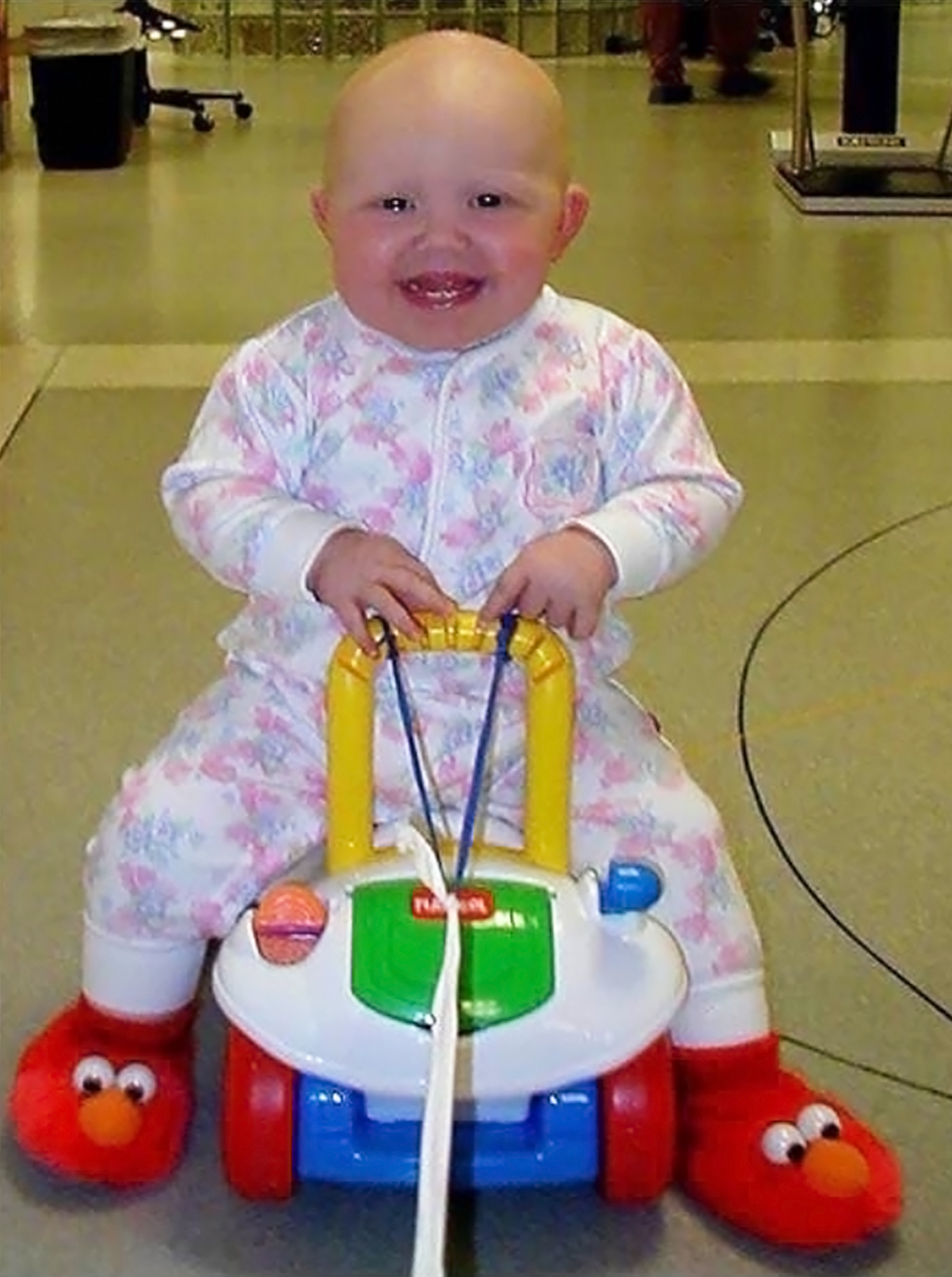 It’s understandable that Alyson Looney doesn’t remember the worst time of her life. After all, she was just 8 months old when she was diagnosed with acute lymphocytic leukemia (ALL).

Twenty years later, her mother, Leanne Looney, still gets emotional thinking about what Alyson endured: months of chemotherapy followed by a bone marrow transplant at Seattle Children’s Hospital under the care of Seattle Cancer Care Alliance (SCCA) physicians. At 20 years post-transplant, Alyson’s illness and recovery parallel the history of SCCA, which will celebrate its 20th anniversary in January.

Alyson was the Looneys’ first child so her parents weren’t sure how concerned they should be about a hard mass they discovered on her lower abdomen in May 2000. But Alyson wasn’t eating and drinking as usual, and a bruise on her forehead wasn’t fading so they brought her to the pediatrician. She sent Alyson directly to the emergency room for blood tests and ultrasounds. When five doctors entered the room, could see they did not have good news.

“Your daughter has cancer,” they said.

“It didn’t really register,” recalls Leanne. "She was such a healthy baby until those last few days. We couldn’t figure out why us.” 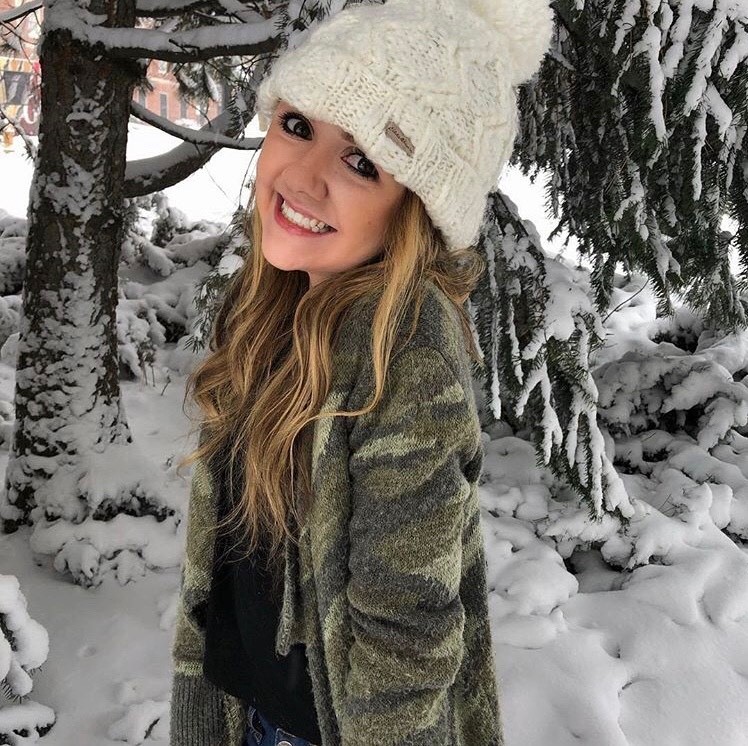 Leanne remembers hearing the doctors say that ALL was the most aggressive form of leukemia but also the most curable. For the best possible outcome, Looney’s parents enrolled Alyson in a clinical trial run by Fred Hutchinson Cancer Research Center, SCCA’s research partner. Fred Hutch pioneered bone marrow transplants; Dr. E. Donnall Thomas, a founding faculty member at Fred Hutch, won the 1990 Nobel Prize in Medicine or Physiology for his role in transplant development. Enrolling Alyson in a clinical trial at the very place where bone marrow transplants took root seemed like a sound choice.

The Looneys figured they didn’t have much to lose. Andy, Alyson’s father, recalls doctors estimated Alyson’s chances of survival at less than 25%. The trial, in which Alyson would receive a bone marrow transplant, was thought to be her best chance for survival and long-term cure. Both Leanne and Andy were tested to see if they were compatible bone marrow donors for their daughter; they were not. Nor were any of the relatives who were tested. The Looneys and their doctors turned next to the National Marrow Donor Program and its Be the Match donor registry, which partners with international registries to help connect patients with suitable donors. Meanwhile, Alyson was undergoing chemotherapy to coax her cancer into remission in preparation for a transplant. She achieved remission over Father’s Day weekend, but the achievement was tempered by the knowledge that she would relapse if a donor wasn’t found soon.

In July, a match was identified — a woman serving in Germany in the U.S. Air Force. The donor underwent extensive testing and several months later, on Oct. 25, 2000, Alyson received her transplant.

For a life-saving procedure, there was little fanfare. “It was kind of underwhelming,” says Leanne. “Emotionally it was a huge thing. But when it actually happened, it just looked like another infusion.”

The transplant was successful, but it was not without side effects. Alyson struggled for five years after the transplant with graft-versus-host disease, experiencing rashes and fevers as her body adjusted to her new bone marrow. Her wisdom teeth never developed. As a childhood cancer survivor, she is at risk of developing secondary cancers later in life. And she stopped growing at 5 feet tall, shorter than she probably would have been had she not been diagnosed with cancer. "But she’s healthy and she’s here and that’s what’s important,” says Leanne.

In the first few years after her transplant, Alyson, now 21, came to SCCA for check-ups frequently. The South Lake Union clinic was brand-new then, and Alyson remembers feeling that SCCA was like a second home. Joan Suver, a physician assistant in the pediatric Long-Term Follow-Up unit, cared for Alyson when she was a toddler; she is still caring for her two decades later.

After a gap of a few years, Suver last saw Alyson a year ago; she is the one patient whom Suver has followed up longer than any other. “We were hugging and so happy that we were grinning ear to ear,” says Suver. “It’s so delightful to see a child who has had an enormous amount of treatment have such good outcomes.”

Alyson’s experience reflects the significant increase in transplant recipients’ survival rates over the years. Research published in Annals of Internal Medicine shows that the overall risk of death after transplant decreased by 34% from the mid-2000s to the years 2013-2017. This research builds upon a 2010 study from Fred Hutch published in the New England Journal of Medicine that found a 41% reduction in the overall risk of death post-transplant between the mid-1990s and the mid-2000s.

In other words, the news about survival rates only keeps improving, due to a variety of factors, including the use of less toxic drugs to treat infection, more precise matching of marrow or stem cell donors with unrelated recipients and improved treatment of graft-versus-host disease, which can affect patients for years after they receive their transplants.

“Back in the early 1970s, we thought it would be unrealistic for anyone under 35...to survive a bone marrow transplant,” Dr. Fred Appelbaum, who helped build Fred Hutch’s Bone Marrow Transplant Program, told Fred Hutch News Service earlier this year. “The toxicities were too harsh. Now, we transplant people over 70 using mismatched unrelated donors. The progress we have made is just amazing.”

Alyson has made amazing progress too. A junior at Washington State University, she is studying elementary education and plans to be a teacher. She has a message for others, especially children, who are struggling with a cancer diagnosis. "There is hope at the end of this journey,” says Alyson, who credits her family, especially her parents and her younger brother, for the sacrifices they’ve made and the support they’ve offered. “I cannot imagine what they were going through as well. I was very young when I went through all this, and I am grateful each and every day for this second chance at life.”

Her mother agrees. Although the trauma of Alyson’s diagnosis remains in the background, what has taken its place is the realization that life goes back to normal. “It’s a new normal,” she says. “I now feel like I can handle anything. What we went through then was so much bigger than what we are dealing with now with COVID. It gives me perspective. "

Years ago when Alyson received her transplant, Alyson’s parents joined the bone marrow donor registry. It was a means of giving back. Earlier this year, Alyson’s father learned that he had matched with a woman in Paris. As a family, the Looneys feel they are paying their good fortune forward.