‘I was young and healthy and didn’t feel sick’: Diagnosed with breast cancer at 29, patient works to inspire others

When Brynn Kemper found out at age 29 that she had breast cancer, she felt like she was the youngest person ever diagnosed with the disease. She ate healthy, worked out every day and had no family history. Still, when she felt a lump while showering in 2016, she was concerned enough to schedule an appointment with her doctor. 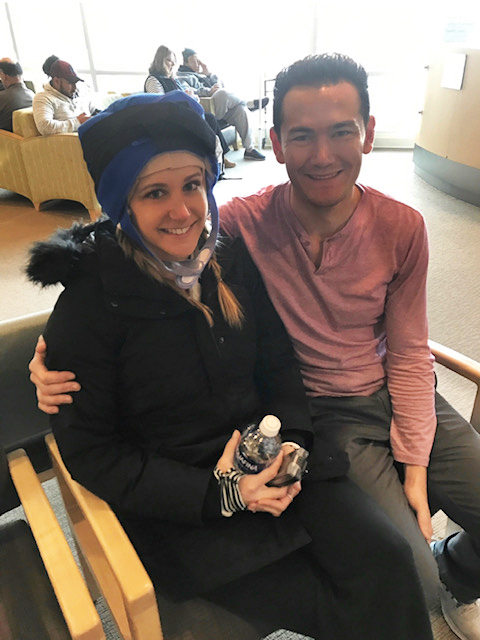 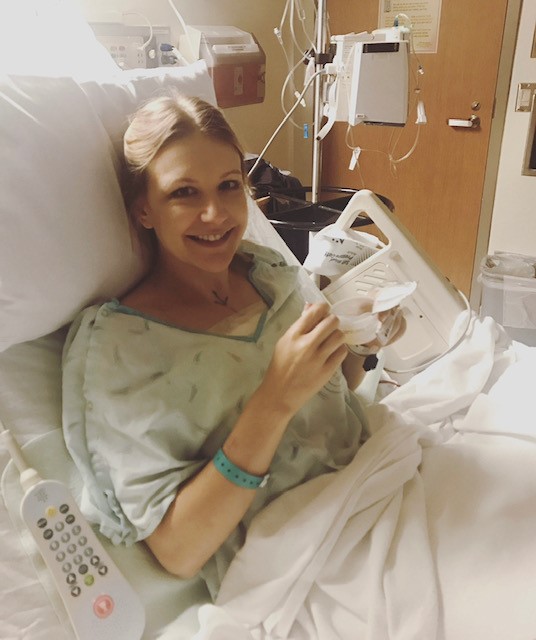 Kemper in the recovery room immediately after her double mastectomy in April 2017.

When Brynn Kemper found out at age 29 that she had breast cancer, she felt like she was the youngest person ever diagnosed with the disease. She ate healthy, worked out every day and had no family history. Still, when she felt a lump while showering in 2016, she was concerned enough to schedule an appointment with her doctor.

A biopsy revealed stage 2B, HER2-positive, hormone-negative cancer that had spread to her lymph nodes. “I was in an utter state of shock,” says Kemper, now 33. “I was young and healthy and didn’t feel sick. All of a sudden, I learned I had cancer. I was terrified.”

While it’s true that breast cancer risk increases with age, nearly 12,000 women under the age of 40 were diagnosed in the U.S. last year with invasive breast cancer, according to the American Cancer Society. That figure accounts for 4 percent of all new breast cancer cases. Screening recommendations for annual mammograms begin only at age 40.

Breast cancer in younger women tends to be more aggressive, which is why Kemper decided to seek care at Seattle Cancer Care Alliance (SCCA), where specialists have expertise in treating women diagnosed in their 20s and 30s. Patients can enroll in clinical trials designed to advance the standard of care by testing new potential treatments. And SCCA offers a host of supportive services, including an oncofertility program for women whose ability to get pregnant could be impacted by cancer treatment; cooling caps that help women retain much of their hair during chemotherapy; and integrative medicine services, including acupuncture.

“It’s very clear that our expertise is in rarer, more aggressive scenarios,” says Dr. Julie Gralow, clinical director of breast medical oncology at SCCA and Kemper’s oncologist. “Twenty-year-olds are frequently told that lumps are almost never cancer, and that’s accurate. But cancers can absolutely occur in this age group, and breast cancer is a very common cancer.”

When Kemper saw Dr. Gralow, they formed a treatment plan together that took into account Kemper’s disease and her desire to look toward the future: Kemper would freeze eggs and take Lupron, which would shut down her ovaries to protect them from chemotherapy; she would also try to preserve her long, blond hair by using cooling caps, which super-chill hair follicles so chemotherapy doesn’t affect them.

“Chemo was tough,” says Kemper, “but freezing my eggs provided a reassuring peace that I could still have children even if my fertility was negatively impacted by the treatment. And being able to save a majority of my hair was a game-changer. Keeping my hair let me keep one more sliver of normalcy.”

Kemper was one of the first SCCA patients to use cooling caps. “This was five years ago when we didn’t know if it would work,” says Dr. Gralow. “We were all skeptical and knew this would be a big burden on Brynn.” Cooling caps are not for the faint of heart: they use a cooling gel that drops the scalp temperature as low as 64 degrees. Kemper would put moleskin on her ears and forehead to avoid frostbite; she will never forget the “rush of brain freeze” that enveloped her when she donned the chilly caps. But she was determined to do what she could to try to keep her hair. It was a way to keep her spirits up. “When I looked in the mirror,” she says, “I still looked like me.”

It was Kemper’s successful experience that helped pave the way for this program to be offered across SCCA. Clinical staff tracked the results of randomized trials, and SCCA launched a nursing research project that led to the decision to routinely offer cooling caps to eligible early-stage breast cancer patients. (Cooling caps don’t work well for all types of chemotherapy; providers can counsel interested patients about their potential effectiveness.) The program has been so successful that SCCA has extended the use of cooling caps to eligible patients with solid tumors. “Because of patients like Brynn, we saw how important this was,” says Dr. Gralow.

Kemper is so grateful for her treatment at SCCA that she has signed up to be an SCCA peer-to-peer mentor, on deck to share her story with newly diagnosed women. For Kemper, it’s about giving back. When she was diagnosed, friends put her in touch with friends who had gone through breast cancer treatment, creating a strong network of support that helped Kemper weather her diagnosis. Connecting with other women her age helped Kemper understand what to expect and not feel so alone. It was also motivating. 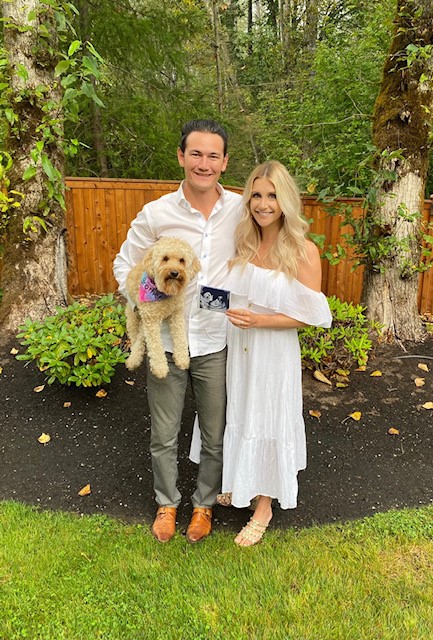 Kemper and her husband finding out the gender of their baby in Sept. 2020.

She also has a new project on the horizon: she is expecting her first child, a daughter, in March. Although she was able to freeze five eggs before beginning chemotherapy, Kemper was able to conceive naturally. "It was this incredible miracle and blessing,” says Kemper. “I feel so lucky.”