‘I am grateful to be alive’: Patients express gratitude for their care at SCCA 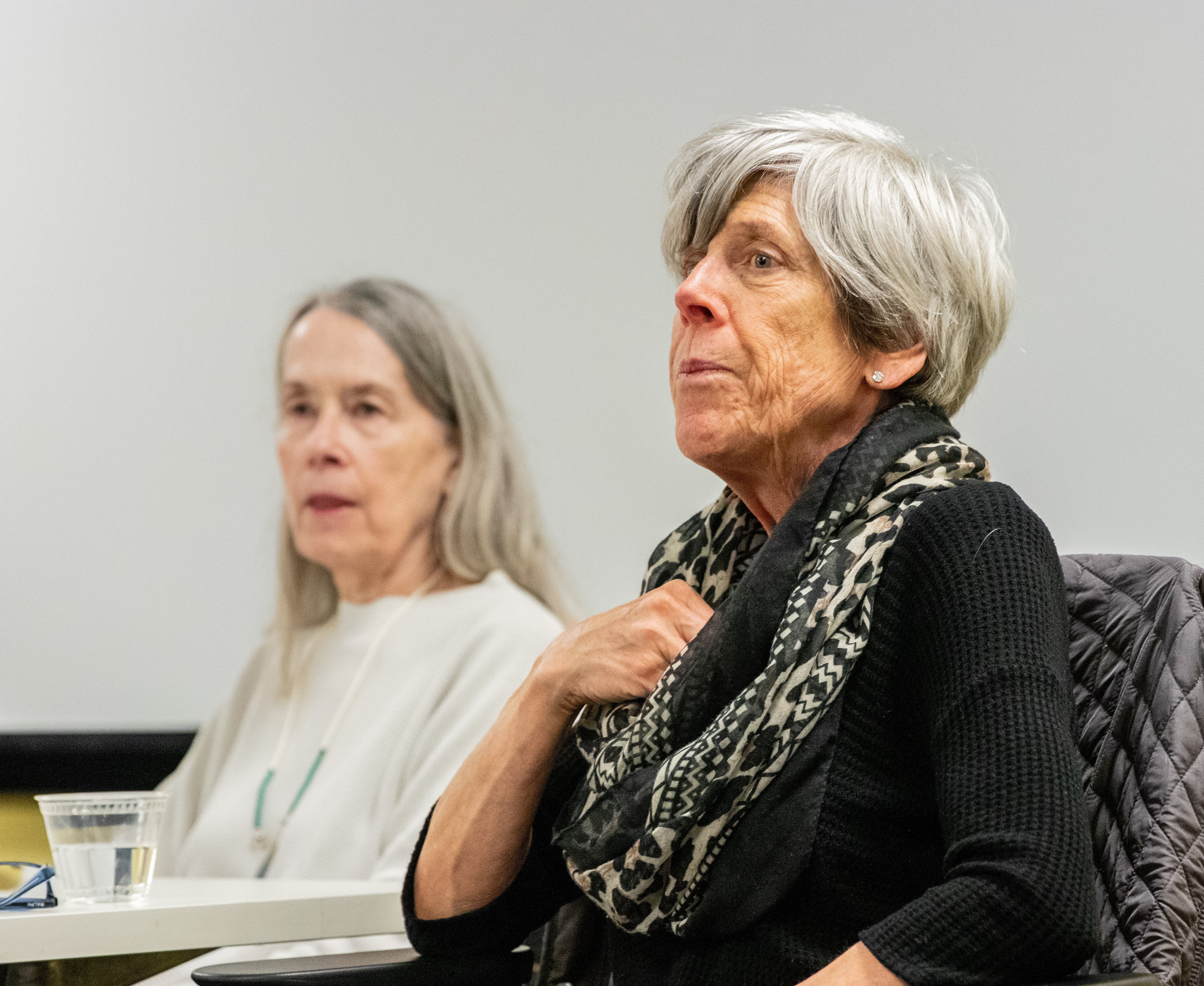 You become a human again and not a cancer patient.
Miggie Olsson

Treating cancer can be draining work. On Thursday, staff at Seattle Cancer Care Alliance got to hear how much their commitment to patients matters, during a patient “gratitude panel” organized by Patient Experience.

“I am grateful to be alive,” said Deb Hiss, who was first treated at SCCA nearly nine years ago. “It’s because of this place.”

Diagnosed with stage 4 melanoma at a different hospital, Hiss was told she had six months to a year to live. She was referred to SCCA and has now been in remission for two years. “I know this sounds weird, but I look forward to coming over here,” said Hiss.

“It says something as a cancer patient that when dealing with something very grave, I never felt fear or trepidation coming to an appointment,” she said. “It felt very personal, from the scheduler to the infusion nurses to the doctors. It felt like they were all on Team Deb, seeing me through it.”

Miggie Olsson was diagnosed with stage 4 pancreatic cancer in 2006. At SCCA, she’s appreciated the emotional connections she’s been able to forge with her providers, especially as her personal life felt like it was in tatters. One of her children was suicidal over Olsson’s diagnosis. A sister was “going off the rails and telling everyone I was going to be dead and they should come visit. People were talking behind my back.”

At SCCA, Olsson thrived on the straightforward, compassionate way that her care team engaged with her. “Relationships are everything,” she said. “You have all these relationships here. People talk to each other about whether their dog is sick or their 16-year-old is driving them crazy. You become a human again and not a cancer patient.”

In perhaps the ultimate display of gratitude, Olsson is now giving back to SCCA as a volunteer, working at the Guest Services desk on Monday mornings and Friday afternoons.