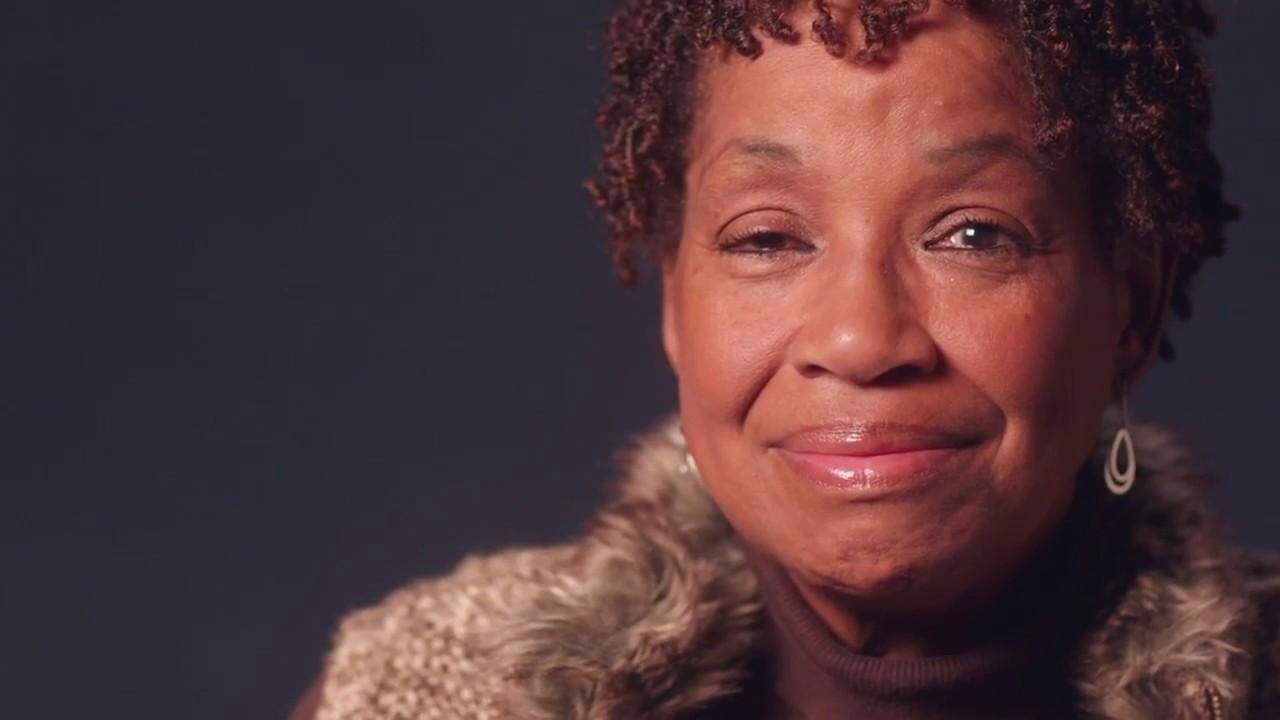 Beverly “Sunshine” Pegues dons her helmet, adjusts her gloves, swings her leg over her saddle and rides into the early dawn sunshine in Seattle. Birdsong punctuates the hushed morning sounds. Her bicycle tires crunch along the sandy road. Riding strong and confident, she picks up speed. She is on the road, training for Obliteride, an annual 25-to-100-mile fundraiser for Fred Hutchinson Cancer Research Center (Fred Hutch).

To look at her, you would never guess that four years ago, Sunshine had Stage IV lung cancer — and that only one percent of people with lung cancer at that stage live five years.

Today, she is a trailblazer. Her tumors lie dormant — medically “stable” — thanks to an experimental immunotherapy drug administered during a clinical trial at Seattle Cancer Care Alliance (SCCA) in 2013.

“This case is emblematic of SCCA's research,” said Dr. Renato Martins, Sunshine’s doctor. “Sunshine was able to get the medicines of tomorrow, today. Before this trial, we had no evidence that lung cancer would respond to immunotherapy.” Dr. Martins is SCCA’s medical director for outpatient general oncology/hematology and the clinical research program director for thoracic oncology. “It’s groundbreaking research. Nobody has ever had their disease in as much control as she has. Every time she hits a milestone, I think, ‘Amazing, it's possible to control this disease for six months…amazing, it's possible to control this disease for three years.’”

With Stage IV lung cancer, Sunshine’s prognosis wasn’t always so hopeful. Her symptoms started in 2010. Though she had grown up in Seattle, she was living in Florida at the time, working long hours in a corporate job and ferrying her high-school-aged son to sports games on nights and weekends. “I started getting a pain in my elbow,” recalled Sunshine. “I was convinced it was arthritis, but it wasn’t getting better.” After an entire year of X-rays and medical tests, she still did not have a diagnosis. Her doctors even ruled out cancer.

Finally, her insurance company required a neck X-ray. It showed that she was positive for lung cancer. The tumors were lodged in a part of her lung that was invisible to chest X-rays. Shockingly, Sunshine said she received her diagnosis via voicemail and was not given any further information. “It was like your world fell apart,” recalled Sunshine. “I had to call my siblings. We had a cry fest.”

The treatment included two rounds of chemotherapy followed by radiation. But the radiation was too strong, and it burned the skin off Sunshine’s neck and throat. “I was living on 7-Eleven Slurpees and Italian ice,” remembered Sunshine.

It was time for a change.

“That was when it was time to move back to Seattle, to get things right,” she said.

Sunshine’s oncologist at the time, SCCA’s Dr. Keith Eaton, suggested clinical trials. Sunshine agreed. It was 2011 and she was able to participate in two clinical trials, with the second hitting success.

Her first protocol tested a vaccine that made no difference for its study participants. The second saved her life. It was an immunotherapy agent that blocks tumor secretions that hide cancer cells from the immune system. As a result, the patient’s own immune cells are able to “see,” and fight, the disease.

Thanks to the successful second trial, Sunshine’s cancer stopped progressing and became inactive.

“I told myself that when this was over, I’d do Obliteride,” Sunshine said. She wanted to do the opposite of what was possible with cancer and to help raise money for cancer research. “This is my way of giving back. And it’s to tell myself that I can do it, that I’m healthy.” In 2015, she completed the 100-mile route up Tiger Mountain in Issaquah and raised $7,000 from her sponsors.

This year, she’s training for the ride again. “Biking is a big stress reliever for me,” she said. “Plus it’s not something you’re supposed to be able to do with lung cancer.”