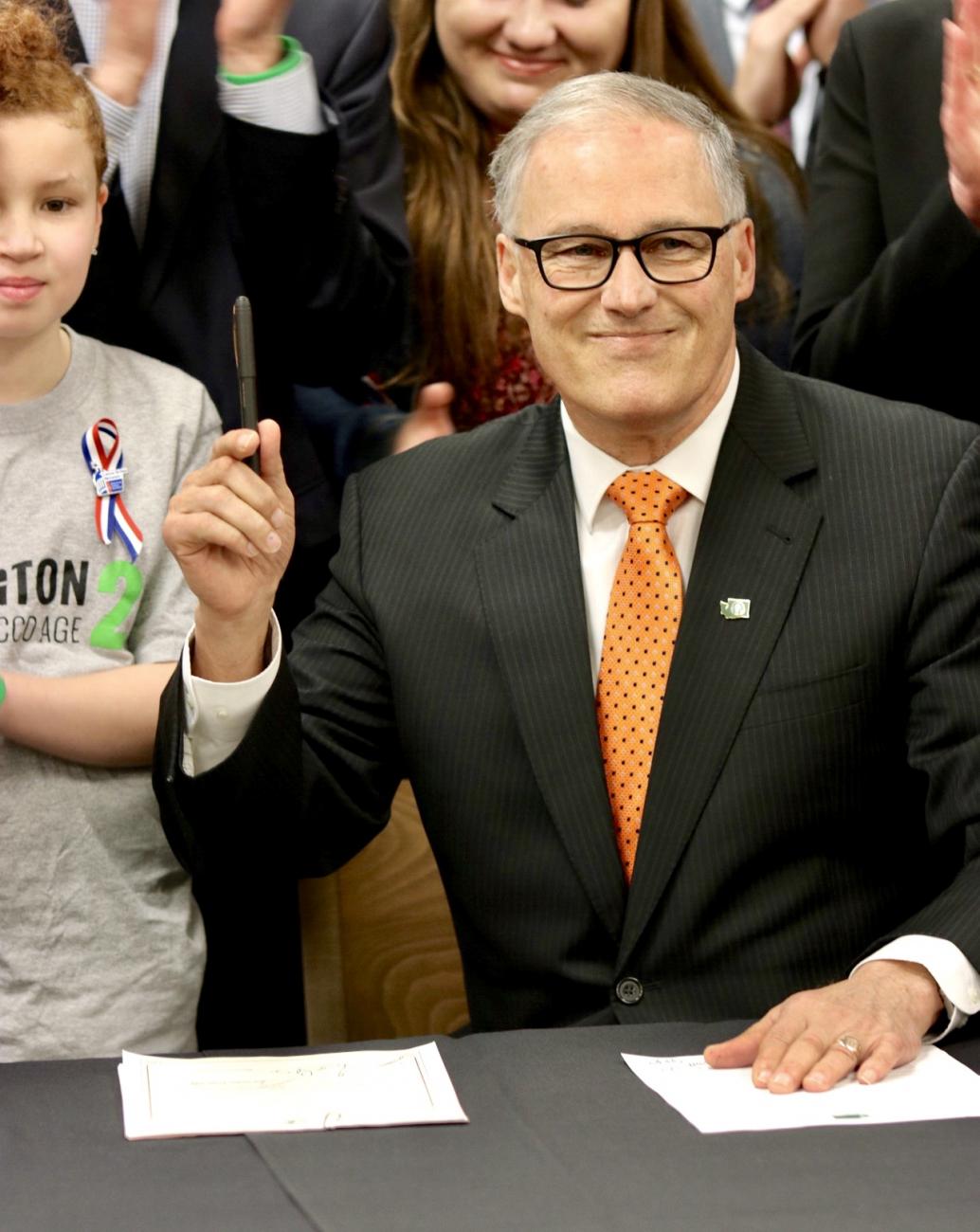 Gov. Jay Inslee made it tougher for teens and young adults to smoke on Friday, signing “Tobacco 21” legislation raising the age to legally buy tobacco and vaping products from 18 to 21 alongside leaders from Seattle Cancer Care Alliance and Fred Hutchinson Cancer Research Center.

Inslee was accompanied by Attorney General Bob Ferguson, who had requested, in conjunction with the state Department of Health, that the legislation be introduced. The law, which bans the sale and provision of tobacco and vaping products, passed the state legislature last month and will go into effect Jan. 1, 2020. Washington is the tenth state to pass Tobacco 21 legislation.

The new legislation could have a profound public health impact in Washington, where more than a quarter of cancer deaths can be traced to smoking, according to the Campaign for Tobacco-Free Kids. More than 8,000 people die each year in Washington from tobacco-related causes.

Recent statistics show that close to 21% of Washington high school students use e-cigarettes and 8% smoke conventional cigarettes. Tobacco 21 legislation is anticipated to slash smoking rates among 15- to 17-year-olds by 25%.

At Friday’s signing, Inslee was introduced by Dr. Nancy Davidson, executive director and president of SCCA, who noted that the doctors of SCCA share legislators’ “commitment to intervene earlier and prevent tobacco and vape use by youth and young adults to save lives, promote health and reduce cancer incidence.” 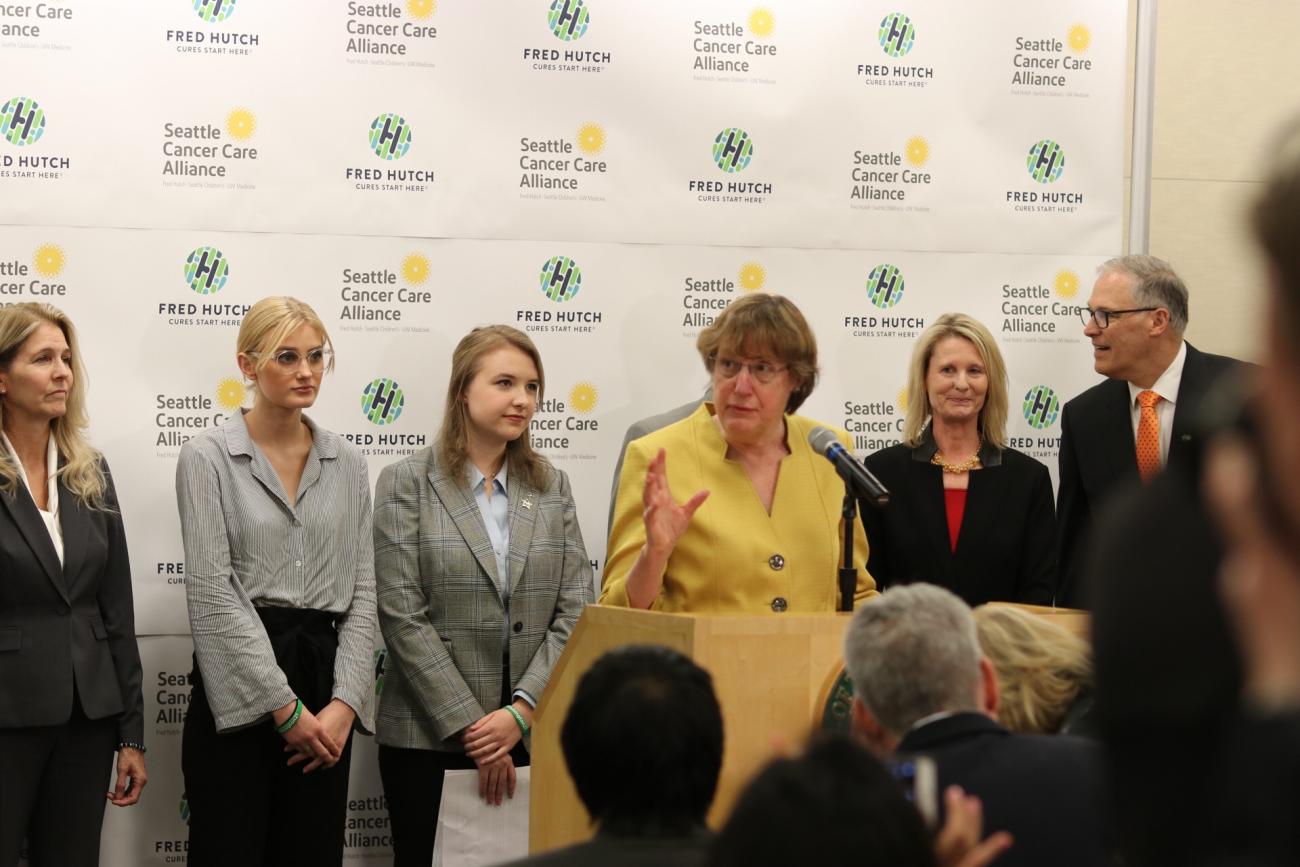 They were joined by the sponsors of the legislation, Rep. Paul Harris (R-Vancouver) and Sen. Patty Kuderer (D-Bellevue), youth advocates and a gaggle of middle-schoolers from Open Window School, an independent K-8 school in Bellevue. Each year, eighth-graders in humanities teacher Corey Paulson’s class at Open Window follow a bill along its often meandering path to becoming — or not becoming — law. This year, the students chose the Tobacco 21 legislation, tracking it as it moved from sponsorship to signing.

Paulson’s class was invited to attend the signing ceremony. Shortly before the governor’s arrival, Rep. Harris approached the 31 eighth-graders to introduce himself as the sponsor of the bill and to pose a question.

“How many of you know someone who vapes at your school?” Harris asked.

“Not at our school!” the students replied.

“I like your school,” said Harris, who added that a main reason the bill finally passed, several years after it was first introduced, is due to the increase in vaping. Some of the legislators who didn’t initially support the bill changed their minds as vaping in schools has become so pervasive. “They became believers,” Harris said.

The teen years are prime time for addiction. Ninety-five percent of adult smokers begin using tobacco before they turn 21; 80% of adults who smoke daily started smoking before their 21st birthday. That’s why raising the age to legally purchase tobacco is impactful. 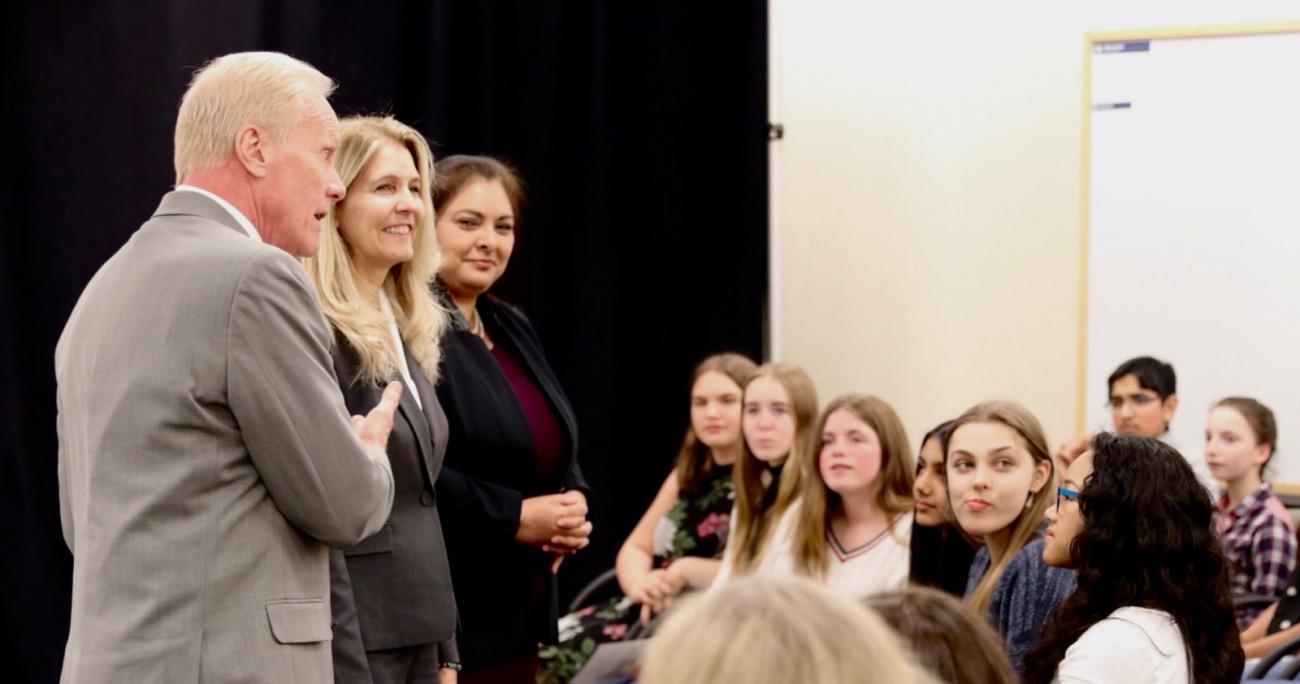 “The most vulnerable time to start smoking is when you’re a teenager,” says Dr. Keith Eaton,  clinical director of thoracic, head and neck cancer at SCCA. “The people who sell tobacco know this. They want to appeal to young people because they know if they don’t get them when they’re young, the likelihood of getting them to become smokers is low. That’s the rationale for raising the age to 21. From a public health standpoint, it’s clearly one of the most effective measures we could take.”

SCCA has worked with state senators and representatives to advocate for passage of the new law.

In January, Eaton co-wrote an editorial published in The Seattle Times with Dr. David Madtes, director of SCCA’s lung cancer early detection and prevention clinic, and Mary McHale of the American Cancer Society’s Cancer Action Network, that encouraged legislators to support Tobacco 21 legislation, which they said would help “save lives, reduce health-care costs, fight addiction and move us toward a tobacco-free generation.”

Michael Rankin, an SCCA patient who was diagnosed last year with Stage 4 lung cancer, applauds the legislation. Rankin, who is enrolled in a clinical trial at SCCA to treat his disease, started smoking at age 15. At first, he smoked a cigarette here and there, mainly to try to look cool and older than his age. But the occasional cigarette led to a two-pack-a-day habit. Rankin smoked for 38 years before he quit cold turkey in 2008.

Making it harder for teens to purchase tobacco is a good decision, but Rankin wishes the minimum age had been pushed even higher, to 25. It’s easy to become addicted to tobacco and so hard to quit, says Rankin. “I didn’t know if I could do it,” he says. “It was the hardest thing I’ve done. It would have been so much better if I’d never started.” Now Rankin supports other smokers in their efforts to give up tobacco; he’s helped six of them kick the habit.