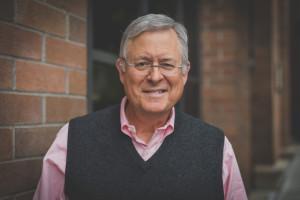 “This study was aimed at trying to reduce complete lymph node dissections where you get big problems with lymphedema,” says Dr.  Byrd, coauthor of the study. Lymphedema is a build-up of lymph fluid that causes swelling in an extremity and is a side-effect associated with surgery or radiation on the lymph nodes. It is incurable but treatment can help manage symptoms. “Most patients don’t have additional [disease] positive lymph nodes so they weren’t helped at all by complete lymph node dissection. The increase in lymphedema rate went way up.”

Sentinel node dissection, meaning the removal of the first in a series of nodes for early stage melanoma patients, was hypothesized to be just as effective in a vast majority of patients because the disease was unlikely to have spread to further nodes.

“The question is, ‘Is it safe to leave those nodes?’ because if there is additional disease it has time to grow and potentially spread if it hasn’t already,” says Dr. Byrd. “The fact that about 80 percent [of patients] are not going to benefit by taking more nodes out – and a certain percentage of the other 20 percent have disease elsewhere that hasn’t been found yet – they’re not going to be helped by taking additional nodes out either.”

For most people with early stage melanoma, the complete dissection of lymph nodes did not improve survival and led to higher rates of morbidity, longer initial recovery time and a long term risk of lymphedema. The phase III trial found that better outcomes and quality of life could be achieved by initially avoiding complete lymph node dissection.