Lymphoma survivor Stephanie Florence cuts the ribbon at the grand opening of the Bezos Family Immunotherapy Clinic. [Photo by Robert Hood / Fred Hutch News Service][/caption]Seattle Cancer Care Alliance’s research partner Fred Hutchinson Cancer Research Cancer announced the naming of its first-of-its-kind immunotherapy clinic last fall after Seattle's Bezos family, long-time supporters of immunotherapy and cancer research. The Bezos Family Immunotherapy Clinic held its grand opening last month and will allow researchers to conduct twice as many immunotherapy trials in the next year. Patients will be able to receive novel immunotherapies for cancer at roughly double the capacity that existed before the 9,222-square-foot clinic opened, and intensive monitoring will enable researchers to better understand why some patients respond, where others do not, and to achieve the goal of developing the best curative approach to treatment for each individual patient. The clinic features 15 patient care suites designed to accommodate a wide array of outpatient services and offer ample space for family and friends who accompany patients. During the soft opening in the fall, there had been more than 188 patient visits to the clinic, located on the sixth floor of Seattle Cancer Care Alliance’s clinic. Much of the focus at the new clinic is on therapies involving T cells, which play a central role in the immune system.  Fred Hutch scientists have been at the forefront of genetically modifying these cells so that they will more effectively target cancers. Staff at the clinic will take these immune cells from a patient, have the cells specially engineered in a nearby Hutch cell-processing facility, and then re-infuse them to attack the patient’s cancer. [caption id="attachment_8643" align="aligncenter" width="540"] 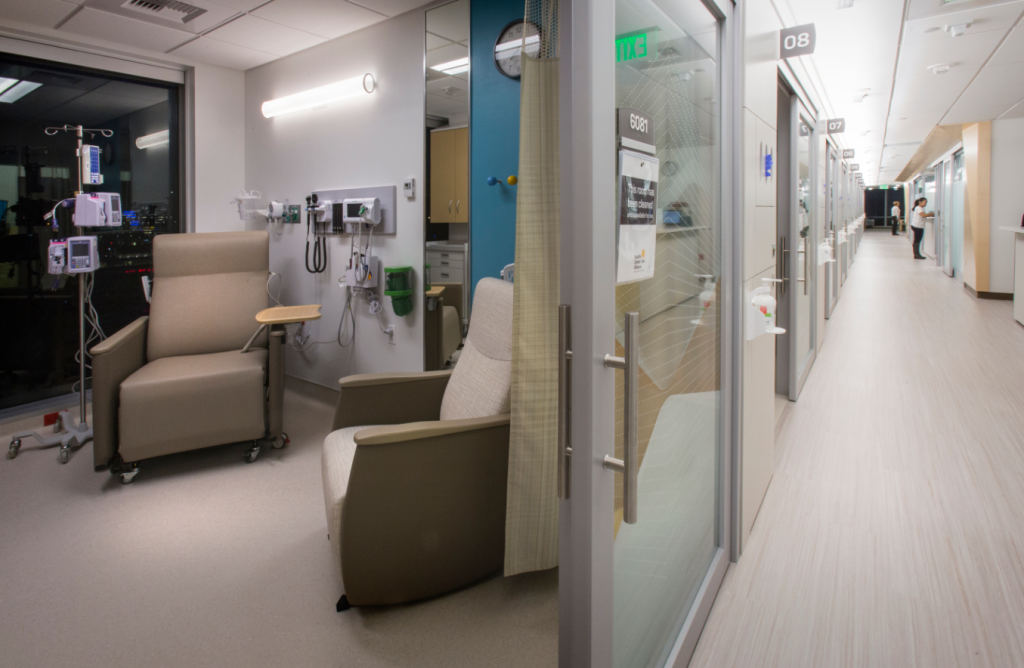 First-of-its-kind clinic, located at SCCA's clinic, will allow researchers to conduct twice as many immunotherapy trials.[/caption] With the new clinic, the Hutch anticipates conducting about 12 immunotherapy trials in 2017, up from five trials running in 2016. There are plans to open four trials in the immunotherapy clinic for patients with types of solid tumors that have not previously been treated with cellular immunotherapy. Join us on Facebook.
Tags ·
Bezos
,
clinical trials
,
Fred Hutchinson Cancer Research Center
,
immunotherapy
,
research
,
scca