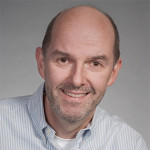 The Fred Hutch-SCCA BMT program was among 9 percent of stem cell transplant programs nationwide – 17 of 179 – that were placed in this top ranking, according to CIBMTR’s 2016 Transplant Center-Specific Survival Report. The annual report is based on survival outcomes gathered over a three-year period from the National Marrow Donor Program registry.

“Our consistently high survival rate is a tribute to the excellence of the bench-to-bedside medicine practiced by the partnership of Fred Hutch Cancer Research Center and Seattle Cancer Center Alliance,” said Dr. Gary Gilliland, the Hutch’s president and director. “Because of the pioneering work done here in Seattle, bone marrow transplants have saved tens of thousands of lives worldwide. We expect to make these treatments even more successful as we continue to research the relationship between cancer and the immune system and translate these discoveries into the clinic.”

The Fred Hutch Bone Marrow Transplant Program has been a leader in the clinical use of bone marrow and stem cell transplantation for more than 40 years and has performed more than 14,000 bone marrow transplants – more than any other institution in the world.

Comparing Transplant Centers
To arrive at its findings, CIBMTR independently examined the survival rates of 23,004 transplant patients treated for blood cancers at U.S. centers in the National Marrow Donor Program network. The reporting period for the 2016 report covered Jan. 1, 2012 to Dec. 31, 2014. During this three-year period, 747 allogeneic transplants were performed at SCCA and met the criteria for the study. The report, published annually, is required by federal law and is designed to provide potential stem cell transplant recipients, their families and the public with comparative survival rates among transplant centers.

“We are extremely pleased to see that patients receiving a transplant at SCCA can consistently expect survival rates that are better than those reported for most other U.S. transplant centers,” said Dr. Marco Mielcarek, medical director for the Adult Bone Marrow Transplant Program at SCCA, and associate member of the Clinical Research Division at Fred Hutch. “Superior outcomes after allogeneic transplantation at our center are likely attributable to many factors: highly dedicated teamwork, decades of transplant experience, well-defined and evidence-based care standards, and ground-breaking research. These factors have led to incremental yet consistent improvements in efficacy and safety of stem cell transplantation. Our team is committed to further improving outcomes for our patients.”

Pioneers in Bone Marrow and Stem Cell Transplantation
Fred Hutch bone marrow and stem cell transplant pioneer Dr. E. Donnall Thomas won the Nobel Prize in physiology or medicine in 1990 for his lifesaving research. Many of the current SCCA and Fred Hutch transplantation experts, as well as clinicians and researchers at other transplant programs around the world, were trained by Thomas, including Dr. Fred Appelbaum, the Hutch’s executive vice president and deputy director. A world expert in blood cancers, Appelbaum had also served as executive director and president of SCCA until Dec. 1, when he was succeeded by Dr. Nancy Davidson.

“For the fourth year in a row, our transplant program provided our patients with a higher chance of survival as compared to the vast majority of transplant centers nationwide,” said Appelbaum, who came to Fred Hutch in 1978 to work with Thomas to steadily improve the transplant process. “This reflects the outstanding work of SCCA and Fred Hutch researchers and staff, and we share this honor with them.”

Over the past four decades, Fred Hutch researchers have not only pioneered transplantation as a cure for many diseases but also have continued to refine the procedure, which has been performed on more than 1 million people worldwide. These refinements include improvements in infection control and the development of new treatments for post-transplant complications. Today, more than 50,000 patients worldwide are transplanted annually, including about 500 at SCCA.

The study’s findings reflect the extraordinary and long-standing dedication by the staff of SCCA and Fred Hutch to improve the outcomes of patients by continually refining transplantation to be a safer and more effective treatment.

SCCA’s success in helping patients survive a wide range of cancers continues to be acknowledged by National Cancer Data Base rankings. SCCA has ranked at the top of these patient survival rankings since 2002. Additionally, SCCA is ranked among the top 10 Best Hospitals in the Nation for Adult Cancer Treatment by U.S. News & World Report.