An avid outdoor enthusiast, James Grizzard has always lived a very athletic lifestyle. In Tampa, Florida, James enjoyed golf year-round. After he and his wife, Jackie, moved to Kirkland, Washington, in 2010, James traded golf for more Northwest outdoor activities, including fishing, hiking, and camping. Coinciding with his move was an unexpected diagnosis of colon cancer. James jokes that he moved to the Seattle area “just in time to be treated at Seattle Cancer Care Alliance (SCCA).” 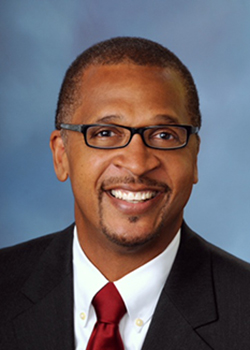 An avid outdoor enthusiast, James Grizzard has always lived a very athletic lifestyle. In Tampa, Florida, James enjoyed golf year-round. After he and his wife, Jackie, moved to Kirkland, Washington, in 2010, James traded golf for more Northwest outdoor activities, including fishing, hiking, and camping. Coinciding with his move was an unexpected diagnosis of colon cancer. James jokes that he moved to the Seattle area “just in time to be treated at Seattle Cancer Care Alliance (SCCA).”

James had struggled for years with mysterious stomach issues. Doctors repeatedly told him the problem was gas. The results of his routine colonoscopies always came back normal. It wasn’t until he doubled over in pain during a meeting that a trip to the emergency room changed his life. James demanded a magnetic resonance imaging (MRI) scan, and the results indicated a growth on his colon. He was diagnosed with stage IIIB colon cancer in June 2012 and found himself prepping for surgery three days later.

While he recovered from surgery, James reached out to an oncologist friend at Dana-Farber Cancer Institute to ask for advice. His friend looked at James’ medical records and recommended that he see Andrew L. Coveler, MD, at SCCA.

“The care at SCCA was unbelievable,” James said. “Dr. Coveler is straightforward and likes to have fun. I moved to Seattle at the right time.”

After he recovered from surgery, James received standard chemotherapy treatment with FOLFOX chemotherapy—a combination of fluorouracil (Adrucil, Efudex, Fluoroplex), leucovorin (Wellcovorin), and oxaliplatin (Eloxatin)—for the next year at SCCA.

During one of his cycles of chemotherapy treatment, James learned about SCCA’s Survivorship Clinic. After completing treatment in the spring of 2013, James visited the clinic. Unsure of what to expect after his treatment was over, he had many questions, like how to maintain proper health after treatment and how to balance work, stress, exercise, and healthy eating. He also wondered whether his cancer would come back. “When I first visited the Survivorship Clinic, I was in a fog about what to expect from life as a survivor,” James said. “I’m thankful for the valuable guidance, comforting care, and outstanding level of service I’ve received.”

For the next year, James went to SCCA every three months for checkups and made a point of stopping by the Survivorship Clinic during each visit to refresh himself on the guidance provided by the team there.

Then, in February 2014, just as James was about to advance to six-month follow-up appointments, he received the news that a scan showed cancer in his lung and in his liver.

“He came in [diagnosed] with stage IIIB cancer,” Dr. Coveler said. “[At that stage] the cure rate with surgery alone is close to 60 percent; the additional benefit of chemotherapy is approximately 20 percent for a total of 80 percent. But in fact, he had stage IV disease from day one.”

Dr. Coveler was matter-of-fact when he told James that his cancer had spread and that SCCA surgeons would remove the spots. Douglas Wood, MD, a SCCA/UW Medicine thoracic surgeon, removed the lung lesion laparoscopically in March 2014, and the liver lesion was removed in April by Venu G. Pillarisetty, MD, a SCCA/UW Medicine surgical oncologist who specializes in gastrointestinal malignancies.

A week after his liver surgery, James walked three miles. “Dr. Pillarisetty asked me to take it easy,” James said, but that really wasn’t James’ style.

While he recognizes that everyone is different, for James finding a balance in life has been key to his recovery.

“I’ve been meditating for my mind, body, and soul every day twice a day since I was diagnosed. I had a lot of down time,” he said. “Meditating has changed my life.”

James said it’s important to take time for yourself, especially in the hectic world of being treated for cancer. “You have to get still, quiet, and in tune with who you are.”

Meditating was difficult for him at first. “I was told that I’d get to a point where my mind stops thinking—the space between thoughts,” he said. He can reach that point easily now.

His cancer journey has helped him realize what is really important in life. “My advice to others: Don’t wait to make life-changing decisions to eat healthier, spend more time with those who are important to you, or be a better person,” James said. “Make those decisions and act on them today.” 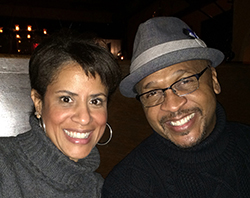